A fullerene is a third form of the carbon molecule that falls in between graphite and diamond. It was named for Richard Buckminster Fuller, who was well known for geodesic dome designs whose appearance closely resembled spherical fullerenes. A Fullerene’s carbon atoms may be arranged in a cylindrical, ellipsoid, or spherical form. The spherical fullerenes are called “Buckyballs,” while the cylindrical ones are known as “Buckytubes” or “nanotubes.”

When were Fullerenes Discovered? 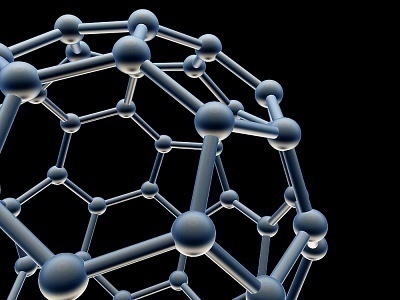 Fullerene molecules normally consist of 60-70 carbon atoms, unlike the other two carbon forms that exist in nature in diamond and graphite. Fullerenes are only found in small amounts in nature, but they have been produced artificially via the vaporization of graphite rods and the catalytic chemical vapor deposition from ethanol vapor. Fullerenes have many unique properties that attract industrial investment. For example, a fullerene nanotube has a tensile strength that is more than 20 times greater than high-strength steel alloys, and a density that is half of aluminum’s. They have also demonstrated superconductive properties as a single nanotube can be synthesized to 4 cm’s in length.

Nanotubes are considered one of the enabling technologies for the continued advancement of nanotechnologies. They are currently being examined for use in a variety of commercial applications including electronic wires, materials science, and computer memory. Although the mere existence of fullerenes is not considered nanotechnology, large scale fullerene use when combined with other micro-technologies is. 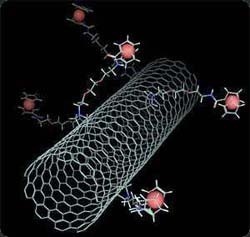 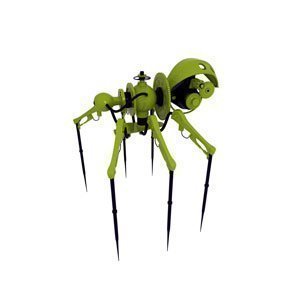 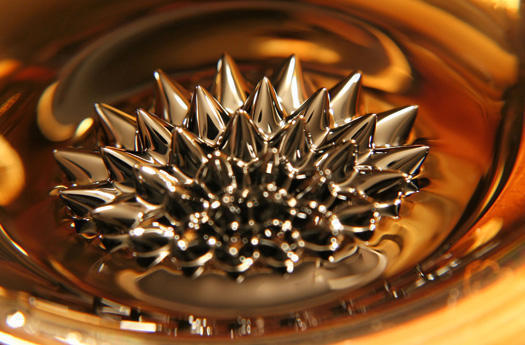 A ferrofluid is a metallic liquid that becomes magnetized when placed in a magnetic field. ...