The Microsoft Corporation in conjunction with Windows Vista Service Pack 1 (SP1) released the exFAT file system. The exFAT file system was produced in order to address the short comings of the FAT32 file system; specifically on portable media such as USB sticks or portable hard drives where NTFS file structure use is inappropriate. The exFAT file system is also referred to as FAT64 in some circles. The Microsoft Corporation has a patent pending, which will require licensing for the use of the format. The exFAT structure is supported on Windows Embedded CE 6.0 and newer, Windows Vista SP1 and newer, Windows 7, and Windows Server 2008. Microsoft has updated Windows XP and Windows Server 2003 to provide additional support to exFAT. Since exFAT’s original release, experimental support on Linux has been developed and Mac OS X and the Android OS have added support through the end of 2010. 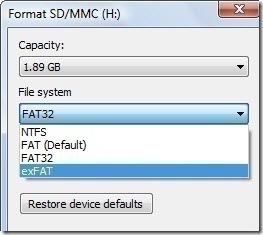 FAT32 refers to the file system that Microsoft has supported since Windows 95 (OSR2) through Windows XP. As the FAT32 structure matured, it had a number of issues that have not improved along with the improvements in computer hardware over the past decade. This includes only being able to format a drive of up to 32 GB. Larger drives can be formatted with software work-arounds, but at a loss of performance. The maximum file size on a FAT32 formatted drive is 4GB. This prevents many HD DVD formats from being able to be saved as a single file on a FAT32 formatted drive. FAT32 also requires a significant amount of computer resources in order to defragment the drive and it may only hold 65, 536 directory entries. This limits the total number of files that can be saved on a drive formatted in FAT32 format.

How has exFat Improved FAT32?

exFat was developed in order to address many of FAT32’s shortcomings. exFat eliminates most of the size and file limiting constraints. The format is scalable to large disk sizes with 512 terabytes being the recommended maximum size for the drive, but the theoretical maximum being significantly larger. As a result, the new Windows versions limit FAT32 partitions to only 32 GB in order to encourage exFAT use. ExFAT has support for 2,796,201 files per sub-directory as well as universal time constant time stamp support, which is an improvement on the FAT32 format though this still lags behind NTFS.

Although exFAT eliminates a number of FAT32’s shortfalls, it still has a number of defects. Firstly exFAT requires that Windows XP, Windows Server 2003, and Windows Vista be updated to service packs that support it. Also, devices that are formatted to use exFAT cannot be used by any version of Windows prior to Windows XP, and only by Windows variants that support exFAT. Finally, one of the largest barriers to the format’s wide-spread use is that Microsoft has not released the file specification and requires companies to purchase a license in order to create and distribute it.

In summary, although exFAT addresses many of FAT32’s disadvantages, the wide-spread adoption of the technology may prove to be limited unless Microsoft releases the format to the open source. Until then, Microsoft and Apple will continue to deploy the format, but it may not fully penetrate the market for a number of years. 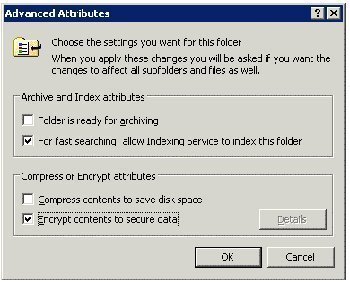 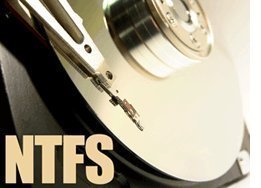 An Overview of NTFS In order to store data on a local partition on a ... 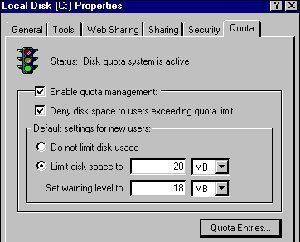