Perigee is a term used to describe the closest point at which an object orbits the Earth or another object in space. When an object is at its perigee, it travels faster than it does at any other point in its orbit because it is under the influence of the strongest gravitational force that its source gives, which propels it further in its orbital path.

Although there are several different types of orbits that an object can take around its source, most objects travel in an elliptical path because it must first escape the source’s gravitational force. While some objects travel further away from their source than others and some may escape the source’s gravitational force altogether, most objects reach terminal velocity, the point at which an object is no longer accelerating, fairly quickly and become trapped in the source’s orbit. When this happens, the object travels horizontally around the source until it reaches the furthest point that it is capable of, known as “apogee.” The object will then be pulled back toward the source in the same orbital path that it started in.

Like apogee, scientists are able to use an object’s perigee in order to calculate its orbital path. This allows scientists to predict where spacecraft and other objects in space are going to be in the future, as well as how fast they are currently traveling.

Apogee is advantageous because it allows scientists to predict where spacecraft will be at a specific time and how fast it will be going. This gives astronomers and other scientists the ability to launch spacecraft in a way that allows it to travel along a specific orbit around the Earth or another object in space. Apogee also allows scientists to calculate how much closer to the Earth objects such as asteroids are upon each orbit as well as if and when they will ever come in contact with the Earth. 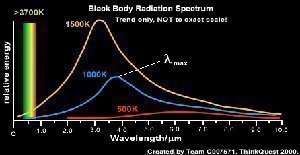