CPUs process data using instructions stored in the computer memory or RAM. The RAM is a temporary storage area that makes information and instructions available to the microprocessor, which does not have to use this information until required. The two processor classifications are the Reduced Instruction Set Computer (RISC) and the Complex Instruction Set Computer (CISC). The primary difference between the two is that a RISC-based chip uses more basic instruction sets to achieve a greater clock frequency to process more information per clock cycle than a CISC processor. CISC-based chips, however, give developers the ability to do more with a shorter program due to the greater library of complex instructions embedded in the CISC chip. A common debate that arises is which type of processor is the better one to use. 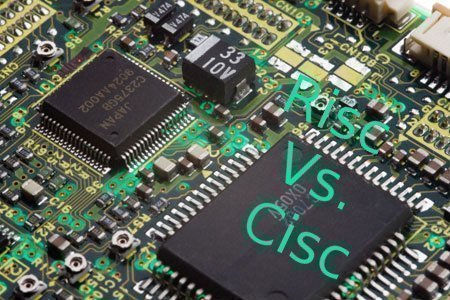 A computer microprocessor that is based on CISC architecture has many instructions built into the chip. This makes the processing time for work more efficient since the required instructions are available directly to the microprocessor and do not have to be loaded from the computer’s memory or RAM. Although the CISC architecture helps speed up the programs’ execution, the number of instructions loaded on the processor negatively impacts processor performance. As a result, more transistors are built into the microprocessor to improve performance, which can result in an increase in the unit’s cost. CISC processors are most commonly used in personal computers (PCs).

The RISC architecture was developed to address the CISC processors’ issues. They have limited instruction sets built into the processor, resulting in fewer transistors having to be used in processor construction. This saves space on the microprocessor and results in a lower overall cost for the unit. To do work that is equivalent to what a CISC processor can do, a greater amount of computer RAM or memory is required. RISC processors were initially favored for scientific purposes since these applications did not require as large of an instruction set as general purpose computers. In recent years, however, an increasing number of general purpose PCs using RISC microprocessors have been produced.

Is RISC or CISC Better?

The answer will be different based on the person or organization asked. RISC-based microprocessors have become popular due to their reduced cost and the design changes that have resulted in a significantly faster chip speed. Proponents of the CISC-based chips argue that RISC processors require software developers to do more work to accomplish the same tasks, which results in bloated or complex software. At the same time, CISC-based chips’ speed have significantly increased. Intel’s x86 processors are CISC-based, but have included a number of RISC processors’ qualities in recent years. As a result, the two chip designs have evolved to take on qualities of the other, with the result being an increased quality of service for the end-user in the general computing field.

CPU speed is not a good indicator of CPU performance. Many factors inside and outside ... 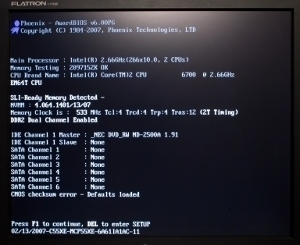