Twitter is a social networking site that relies on micro-blogging for communication. By typing short, 140 character messages users can communicate with their followers and get information spread around. Since its inception, Twitter has grown and turned into a massive site used by main stream media as well as average individuals to communicate about important issues, random issues, or just about what they’re doing at any time. It allows people to blog in short bursts, a practice also known as microblogging.

Twitter was created by Jack Dorsey who wanted to build a service that would help people be aware of what their friends were up to; a type of user status service. ‘Twitch’ was the first name that was considered for the service by the Twitter team. It later evolved into ‘twitter’ which actually, as per the Oxford dictionary, means ‘to talk rapidly in a nervous or trivial way’.

Twitter lets you make short posts about anything, but you are limited to only 140 characters in length, the same length as that of a single SMS message. These short posts are known as “tweets”, in reference to the chirping of birds, and appear chronologically on your Twitter profile page. In addition to posting, you can also follow others on Twitter to get their latest tweets in your Twitter feed. Conversely, if someone follows you, they get your tweets in their feeds. Needless to say, the more followers you have the greater your potential reach. 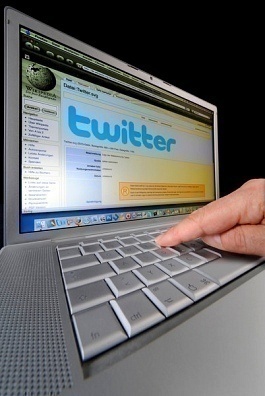 The Twitter web interface utilizes the Ruby on Rails framework. Twitter message handling is done by software written in the programming language Scala. The framework allows for additional web services and applications to interact and combine with Twitter. The search functionality on Twitter makes use of hashtags to search for specific messages. A hashtag is basically the # symbol followed by the search term. Users correspond with each other via SMS, by means of five gateway numbers.

Before doing anything on Twitter, you’ll need to sign up and create a username. This username is what your public name will be as well. For example, when the Twitter user for CNN logs in, they use the username “CNN.” And, their Twitter URL is twitter.com/cnn. So, create something that you want to use to log in and want people to remember so they can easily go to your page.

Upon signing in, notice that you have a news feed. Every person that you follow will have their news appear here when they tweet. However, until you start following people, this will be blank. To follow someone, go to their Twitter page and click “follow.” This will add them to your feed and you will begin seeing their updates on your news feed. Notice, as well, the big “What’s Happening?” section with the 140 character limit. This is where you type updates.

There are a few important tags — or commands — that you can use on Twitter in addition to the actual text of your tweet, which help you use it more effectively.

The first is the @name tag. If you want to address a tweet to someone specific on Twitter, you type @ and then their username. When you hit enter, it will pop up in their feed regardless if they follow you or not.

When you’ve just joined Twitter you’re likely to have no followers, and the @name tag can be useful for letting acquaintances know that they can now follow you on Twitter. Tell them who you are and that you’re looking to add them to Twitter. Once they know you’re an acquaintance, there’s a decent chance they’ll add you. Such an @ message might look something like this:

The next one that is important to know is the RT tag. This is a retweet. If you see something that you love, you can hit the retweet button, which would insert the “RT” tag and the name of the Twitter user you are retweeting. You can also enter this information manually as well, even though using the retweet button is easier and quicker. You would type “RT @name: whatever the message was.”

When your followers retweet you they will tweet what you tweeted along with an @yourusername tag. This gets your name out and allows more people to potentially follow you. As more of your stories are retweeted, more people will begin following you and your presence on the microblogging platform will grow.

Twitter also supports the use of  #hash tags to specify the subject of a tweet. For example, if your tweet relates to an iphone you could use the #iphone hash tag. This aids Twitter’s search service in finding tweets about a specific subject, and also allows users to track all new tweets on a given subject in real time.

It is important to note that every part of a Tweet is counted in this including the @user, the text, and the #hash tag. Because of this, it is very important to be brief with your comments. The longer you try to make it, the less likely you will be able to include other parts. To ensure that links fit as well, it helps to use an URL shortener, although Twitter already has one built in and automatically shortening links. This will make it so that the Tweet doesn’t surpass 140 characters. Once the Tweet is done, hit enter and it will be sent to all your followers.

Twitter also allows limiting the visibility of your tweets only to your followers or the groups you specify, in which case they would not show to non-followers who visit your profile.

It’s also worth noting that Twitter also supports sending and receiving Tweets through SMS (Short Message Service), if you provide and connect your mobile phone number with it. 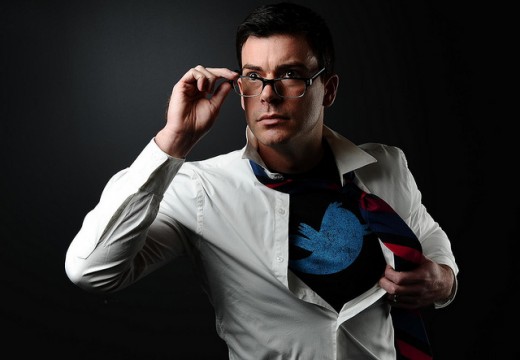 The key is to be smart rather than aiming for outrageous or potentially offensive. Implement ...