Bluetooth technology has become commonplace in modern society and has expanded the ways in which people communicate with each other. Bluetooth has allowed for drivers to talk on the phone without using their hands, teenagers to listen to music without plugging their headphones into their MP3 players, and computer users to be more mobile by using bluetooth keyboards and mice. While the rest of these devices have shown great progress and innovation, this article will focus specifically on bluetooth mice and show the advantages and disadvantages of owning such a device.

What is a Bluetooth Mouse
A bluetooth mouse is a computer mouse that uses radio waves to communicate wirelessly with a computer. Bluetooth mice are mobile, have a great range, and can be used with many different devices. Unfortunately, bluetooth mice have not become quite as popular as other bluetooth devices such as the wireless earphone due to their high prices, vulnerability to interference, and configuration requirements. The following are some advantages and disadvantages to owning and using a bluetooth mouse.

Advantages
Mobility
The term “bluetooth” should always be synonymous with mobility. Bluetooth mice can be taken virtually anywhere, put in virtually any pocket (bags, jackets, etc.), and can be used by many different devices. Bluetooth mice also have a much farther range than other wireless mice. For example, an infrared mouse has a “line of sight” which means that it has to be able to actually see the device; bluetooth mice do not have this problem as they use radio waves instead of infrared lasers. While an infrared mouse has a range of 5-6 feet, a bluetooth mouse has a range of about 30 feet.

Compatibility
Aside from being mobile, bluetooth mice are also compatible with many different devices. For example, if the user installs the correct drivers on their cell phone, they can use their bluetooth mouse to crawl through menus and select options on their cell phone as if the two devices were always meant to be used together. Bluetooth mice also work with PDAs, MP3 players, cordless home phones, and many other devices. Each device must, of course, be bluetooth-enabled and individual devices may require different drivers.

Disadvantages
Not User-friendly
While bluetooth devices may be easy to use once they are setup and configured, the initial configuration may be too complex for some users. Most bluetooth mice can be setup by just putting batteries in the device and flipping the wireless switch so that it can recognize the computer in question. If the computer is not already bluetooth-enabled, a bluetooth adapter may be used to communicate with the mouse. The bluetooth mouse should be able to detect the adapter or bluetooth-enabled device automatically but it will need to be configured by the user. Some bluetooth devices will walk the user through an installation wizard that will configure the mouse for them but some may require that the user manually enter commands into the command prompt.

Insecurity
Another problem with bluetooth devices is that they lack any kind of significant security due to the wide range of the device. Users with bluetooth mice do not have to worry about data theft from hackers but they do have to deal with possible interference from other bluetooth devices. For example, if a user has a bluetooth mouse with a 30 foot range and there is someone else within that 30 foot range using a bluetooth mouse on their own computer, the user may notice that the other person’s mouse is controlling the cursor on his/her computer. Unfortunately, the only way around this is to move away from the other person’s mouse. 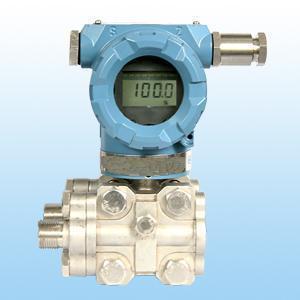