Network Attached Storage (NAS) is a term used to describe a complete storage system which is designed to be attached to a traditional data network.

This differentiates Network Attached Storage devices from SAN's (Storage Area Networks). A SAN is a separate network to which storage devices are attached.

In most cases, Network Attached Storage is less expensive to purchase and less complex to operate than a Storage Area Network. However, a SAN can provide better performance and a larger range of configuration options.

NAS server are typically attached to the network via Ethernet. However, NAS devices are also available which connect to Fibre Channel networks.

In addition to disk storage, NAS devices can also support magnetic tape and optical media such as CD and DVD. 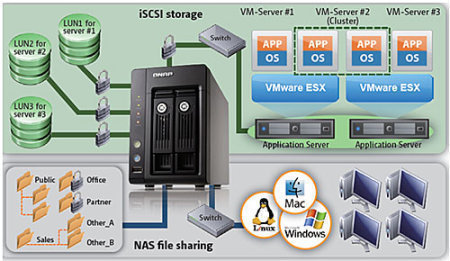 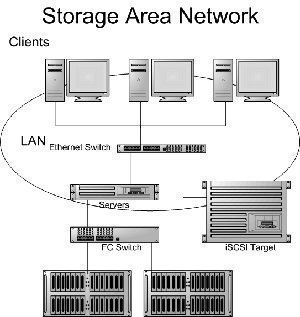 A SAN (Storage Area Network) is a network specifically dedicated to the task of transporting ...