WiFi 802.11 describes a number of radio frequencies that can be used for wireless Internet access. WiFi 802.11 is specifically designed and maintained for the use of wireless Internet and can be found in most residences and commercial buildings in the United States and abroad. WiFi 802.11, which is also known as IEEE 802.11, consists of the 802.11a, 802.11b, 802.11g, and 802.11n sub-standards, each of which is more efficient than the one before it. WiFi 802.11n is currently the most powerful sub-standard available and is backwards compatible with each of the former sub-standards.

WiFi 802.11a was the first alteration of the IEEE 802.11 standard released to the public and operated in the 5 GHz frequency band because it was used by significantly fewer devices than the 2.4 GHz band. Because of this, 802.11a had a greater speed than the other sub-standard of WiFi 802.11, but had a much weaker range due to its short wavelengths. 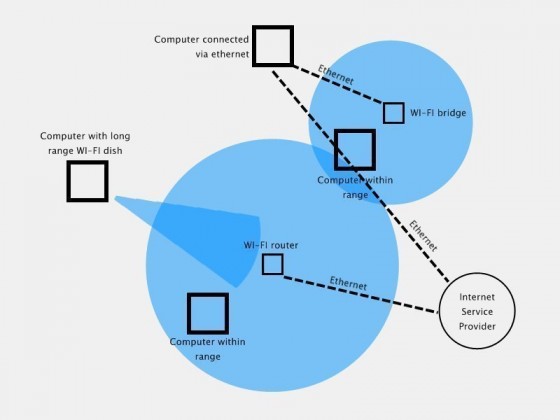 To counter this effect, WiFi 802.11b was released and used the 2.4 GHz band, which had a much stronger range but received interference from microwave ovens, baby monitors, Bluetooth devices, cordless phones, and other devices that used the 2.4 GHz range.

While WiFi 802.11b was widely accepted, a new sub-standard known as WiFi 802.11g was released that used the 2.4 GHz band but also the OFDM modulation scheme that was used by 802.11a. Because of the new addition, most routers and wireless adapters began supporting all three standards simultaneously.

The WiFi 802.11 standards can be used by any device that is capable of accessing the Internet, such as mobile smartphones, laptops, and even some media players. Likewise, WiFi 802.11 can be accessed by desktop computers that have been outfitted with a compatible wireless adapter. While WiFi 802.11 is the most common standard for wireless Internet, it is not the only standard available and should not be confused with other wireless methods, such as Bluetooth and 3G.

The 802.11 standards are defined by the IEEE (Institute of Electrical and Electronic Engineers) at http://grouper.ieee.org/groups/802/11/.

The most common 802.11 specification, 802.11b, defines twelve channels. These channels utilize overlapping frequencies. Channels one, six, and eleven do not overlap. 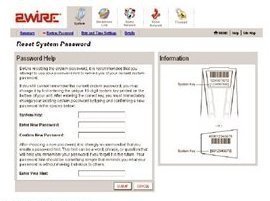 The 2wire Ethernet client wirelessly connects electronic devices that are not equipped with wireless cards ...