South Korea developed the WiBro (Wireless Broadband) technology in order to provide a high speed Internet solution for local consumers. The technology is based on the 802.16e standard which is more commonly known as the WiMAX standard in other countries. At the time of this writing, the capacity of the WiBro connections available in South Korea have been expanded to 10 Mbit/second which represents a ten-fold increase in capacity compared to earlier WiBro speeds and is a significant upgrade or complement to the 1Gbit/second fiber-optic network that is active in the country.

The Rise of WiBro in South Korea

South Korea has continued to be one of the most technology advanced countries in the world. It continues to be one of the most connected nations with high-speed Internet access being widely available through DSL, cable, WiFi, and WiBro technologies. South Korea was also one of the first countries to widely commercialize and deploy 3G cell phone services using CDMA2000 vice the GSM standard that is more popular in European and other countries. Due to the appetite for new technologies, the country provided a perfect testing ground for the development and deployment of WiBro which has helped lead the way for subsequent deployment of WiMax throughout the United States.

The WiBro standard was created in order to help overcome the existing data-rate limitations of CDMA mobile phones and to add additional mobility to existing high-speed Internet access services (WiFi and ADSL). The standard uses the OFDMA technology to allow multiple access, an 8.75/10.00 MHz channel bandwidth, and TDD for duplexing. By February of 2002, the South Korean government assigned 100 MHz of the electromagnetic spectrum in the 2.3 to 2.4 GHz band for WiBro use. Towards the end of 2004, the first phase of WiBro was standardized by South Korea and by the end of 2005, the iTU published WiBro under IEEE standard 802.16e (also referred to as mobile WiMAX). In mid-2006, commercial services were released to the general public at a monthly rate of approximately $30 USD equivalent.

agreement to make sure that WiMAX and WiBro technologies would be compatible with each other. In early 2005, SK Telecom, Hanaro Telecom, and the KT Corporation were chosen to be WiBro operators. In the spring of that year, Hanaro Telecom cancelled their plans to deploy WiBro and returned their license for deploying the network technology.
Several months later (September 2005), Samsung signed a contract with Sprint Nextel to provide hardware to be used in a WiBro trial run. Two months later, Korea Telecom was able to demonstrate their WiBro services durin the APEC  (Asia-Pacific Economic Cooperation) summit.
During the 2006 Winter Olympics that were held in Turin, Telecom Italia teamed up with Korean Samsung Electronics to publicly demonstrate a WiBro network service. The local service provided download speeds of 10 Mbit/second to users and supported vehicle movement up to speeds of 120 km/hour during this period. In June of that year, KT Corporation launched their commercial WiBro service in Korea with SK Telecom debuting later than month in Seoul.
In the spring of 2007, KT announced the launch of their WiBro sercie that included coverage for all subway lines and all areas of Seoul. By early 2011, KT merged their mobile SHOW network and the home network QOOK. By the spring of 2011, the olleh (rebranded KT WiBro network) network had been expanded to include more than 85% of the population and by the end of 2012 close to 90% of all South Koreans.

What are the Advantages of WiBro?

Any given WiBro base station is able to provide an aggregate data rate of 30 to 50 Mbit/second per carrier. These stations see an effective range between one and five kilometers that allows end-users to enjoy high-speed Internet service. The service has also been found to be effective for vehicles moving at speeds of up to approximately 75 mph (miles per hour) and mobile phones seeing mobility speeds up to 150 or more mph.

Although these rates are the max “theoretical” that can be seen by a device, WiBro has also expanded to include Quality of Service (QoS) support. This allows consumers to stream movies, video, and other content that is “loss-sensitive” over the network in a manger that is considered “reliable” by the user. By including QOS support, WiBro is able to support video streaming and related services which provides a major advantage when compared to the base-line WiMAX standard.

Over a similar timeframe, commercialization of WiBro / Mobile WiMAX has also been attempted in several countries. These along with the major service provider(s) include: PORTUS (Croatia), Omnivision (Venezuela), TVA (Brazil), TI (Italy), and Arialink (In Michigan/U.S.). Over time, WiBro has been found to be a bit more restrictive on companies who choose to implement the technology, while WiMAX insists on ensuring interoperability between designs but leaves the implementation detail up to the company.

What are the Data Speeds of WiBro?

At the time of this writing, the maximum rated download and upload speeds of WiBro are:
Peak Upload Speed: 56 Mbit/s
Peak Download Speed: 128 Mbit/s

What are the Current WiBro Service Providers in South Korea?

Korea Telecom (KT) is one of the major WiBro service providers in South Korea. For medium-long term use, KT is offering the Wave 2 for approximately $11 USD a month. The service includes 18.4 Mbit/second download speed and 4 Mbit/second upload speed. The service includes up to 50 GB of usage as well free access to KT WiFi hotspots that are branded under the name, ollehWiFi. Although KT’s WiBro service is advertised as working across the country, it is mostly effective in the cities, airports, major highways, and the railroad stations. SK Telecom also provides the same service (Wave 2 WiBro) for $18.87 USD a month with a 30 GB usage rate. The effective service coverage for the SK service works mostly on the highways and cities. KT provides WiBro coverage across all 80 South Korean cities while SK includes coverage for Seoul and other populous areas in the country.

One of the unique aspects of WiBro is the short-term rental market that has developed in both South Korea and India. For short-term visits to Korea, Korea Telecom rents both a WiBro bridge and modem at kiosks located in the Incheon International Airport. The cost varies based on the market, but is typically in the range of 5,000 KRW per day along with a deposit of 20-30 times the daily rate. KT also rents WiBro USB modems and Eggs at similar rates and at times will provide one day rent-free to consumers.
Tikona Digital Networks provides WiBro services to customers in India. At the time of this writing, Tikona’s devices were capable of either two or four Mbit/second in a number of cities in the country. The monthly rate for unlimited usage is approximately $21 USD but is subject to change based on market conditions.
In India, Tikona Digital Networks (Independent services provider) offers WiBro service for up to 2 Mbit/s and 4 Mbit/s in many cities in India. 2 MBit/s Unlimited monthly costs Rs. 999.00 (roughly $21).

Who are the Major WiBro Manufacturers?

Despite the early adoption of WiBro technology in Korea, WiMax (Worldwide Interoperability for Microwave Access) is the current wireless broadband device standard in the United States. The standard is rated at providing service at ranges approaching 30 miles from the transmitting base station and to mobile capable receivers at ranges of between three and ten miles. The WiMax standard was not originally designed to support receivers that were moving (giving the WiBro standard an early advantage), but has since advanced to the point that WiMax now provides this capability. The WiBro technology has played a crucial role in the ongoing development of WiMax in the United States.

What is the Difference between WiMAX and WiBro?

Although WiBro has been in development for approximately the same amount of time as WiMax to provide mobile broadband access, it is primarily deployed in South Korea. A WiBro base station is capable of providing data speeds in the range of 30 to 50 Bbits/second per carrier. It is also rated to provide coverage to mobile users at speeds ranging up to 75 mph. WiMax, on the other hand, is rated to provide coverage of 70 kilometers along a four kilometer radius.

WiBro provides quality of service support that helps support streaming video content where older versions of the WiMax technology do not.

On a WiBro network, base stations are able to send data to each other, while a pure WiMAX network based on the 802.16 standard will only allow a max number of users on the network before cutting off new connections. Each technology provides a similar data transmission speed; however, WiBro is capable of handing off a mobile receiver from one base station to another when the end-user is on the move.

The broadcasting of data between two bases station in possible in Wibro. WiMAX network with 802.16 standards allows only a lot of users on the standard and if any user trying to use the connection it will immediately cut off any additional users. 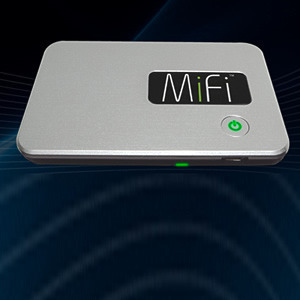