In antenna engineering, a dipole is the most basic type of antenna and serves as basic framework for all other antennas. Dipoles consist of a metal rod that acts as a conductor with a radio feed line at its core. The conductor splits the signal and creates a positive electrical charge on one end of the dipole and a negative electrical charge on the other end. Thus, a dipole is an antenna with two (di) poles. This allows the dipole to create an electromagnet wave that can be picked up by other dipoles. Because of this, dipoles are able to both transmit and receive radio frequencies. Depending on the shape of the dipole, radio frequencies may be more receptive in some areas and less receptive in other areas.

A twin-lead is a type of cable that can be used to transfer radio frequencies. While a twin-lead is not able to actually broadcast a signal, it can carry a signal from one point to another. This is most useful in radio broadcasting stations where a radio frequency must be transferred from a server to a transceiver before it can be broadcasted. Twin-lead cables are made up of two copper wires that run exactly parallel to each other and are separated by a flexible, yet firm, sheet of plastic. The plastic sheet is what keeps the copper wires parallel and is a very crucial piece because radio frequencies could be reflected back at the source if the copper wires become bent.

“Rabbit ears” are a very old, yet still very popular, form of antenna that allows the user to adjust its angles in order to pick up a better reception. Rabbit ears are made up of two conducting rods that are attached to a radio feed line with one conductor serving as the positive electrical charge and the other conductor serving as the negative electrical charge. By moving the two conductors in different directions, the user can see changes in his/her reception in real-time. Rabbit ears are most oftenly used in older television models but can be used in any type of device that uses radio frequencies.

A parabolic dish antenna, or satellite dish, is a type of antenna that focuses a radio frequency in a precise beam so that it is able to travel very far distances and accurately reach its intended destination. Parabolic dish antennas are made up of a conducting rod in the center that is attached to a radio feed line with a round encasing that serves as a parabolic reflector. The center piece acts as a regular dipole would but then bounces the signal against the sides of the dish and broadcasts it to a specific area. Parabolic dish antennas are semi-directional but offer a very good range and accuracy. 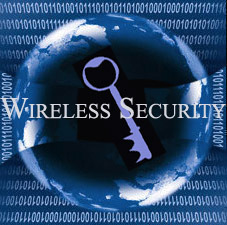 An ad hoc network is a type of peer to peer wireless network mode where ...