Hierachical network design helps us to make networks more reliable and predictable. Level by level design help to understand networking factions easily like, we can use tools like access lists at specific level and can avoid them from others.

Each layer plays a role and specific responsibilities are assigned to these three logical layers. These layers are same like the network layers of OSI reference model. 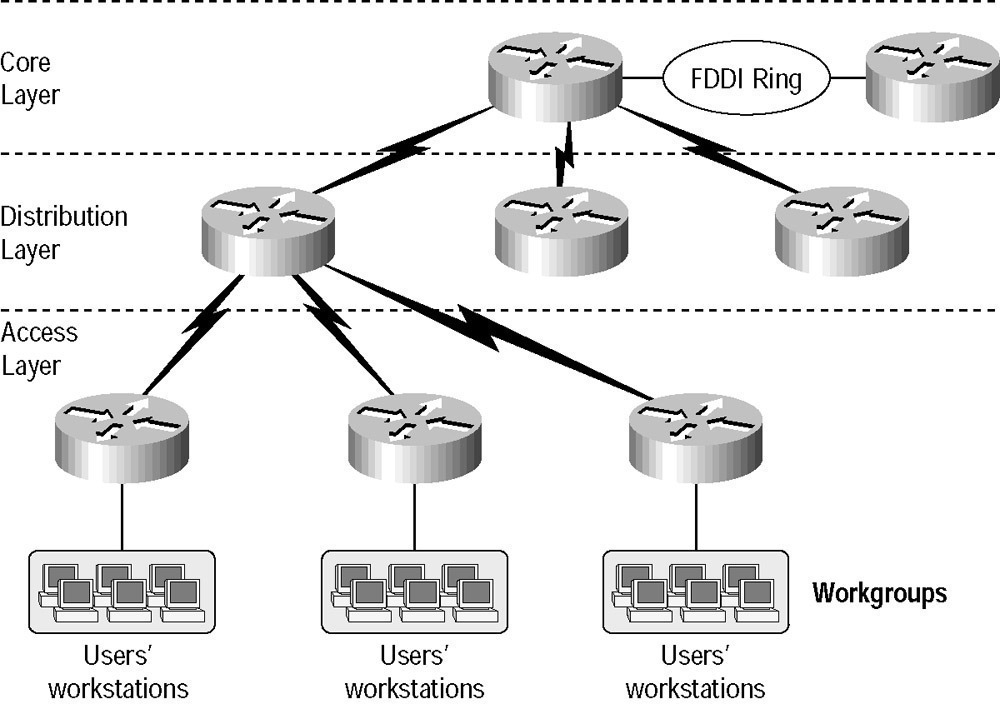 The seven layers in OSI model describe some functions but not protocols. One protocol is could be mapped to more than one layers and more than one protocol can communicate with one layer. In the same way, using Cisco model we can build physical implementations of using hierarchical networks implementations. We can use many devices in a single layer and we can also use single device to perform functions at two layers.

Here is the detailed explanation of these layers.

However while designing core, we want to do the following things.

It is also known as workgroup layer and it is called communication point between access and core layer. Basic function of distribution layer is routing, filtering and WAN access and find out the method by which packets can access the core. This layer must find out the fastest mechanism to handle network operations like how to handling and forwarding a file to server on request. After finding best path, distribution layer forward request towards core layer and then to the right service. Policy implementation is done on distribution layer and you can exercise flexibility defining network operations.

Here are the functions which should be done at distribution layer.

User and workgroup access to network and resources is defined at access layer and this layer is also known as desktop layer.

The sending and receiving of data from a source device to the destination device is ...