Local and international networks require information to be constantly updated in order to properly route communications. Routing protocols were developed in order to help keep information flowing to the proper locations and to maintain network connectivity on both LAN and WAN. The Enhanced Interior Gateway Routing Protocol (EIGRP) is one of the most popular internal routing protocols used on medium to large businesses and education networks today.

EIGRP was developed as a hybrid distance vector routing protocol that uses many of the same composite metrics as the Interior Gateway Routing Protocol (IGRP). The protocol uses the DUAL (Diffusing Update Algorithm) algorithm to calculate the shortest path for conducting “Look Free” routing on an interior network. On a network that uses EIGRP, two routers are setup to form what is referred to as a “neighbor” relationship and then exchange routes. They exchange “Keep Alive” packets on a recurring basis to let the other know that they are still functioning. The “Keep Alive” packet is transmitted with the multi-cast network protocol in order to minimize the amount of network traffic required to conduct the communication. It uses the Reliable Transport Protocol (RTP) for the communication using the reserved address 224.0.0.10.

How is EIGRP Configured?

EIGRP uses autonomous system numbers in order to locate LAN or network areas that are under a single component or group of a company’s control. EIGRP is activated on a router by entering configuration mode and the EIGRP command. An Autonomous System number that is the same on all network routers must be entered. The specific number chosen does not matter, as long as a value between 1 and 65535 is entered and the entry is kept consistent across the organization’s network.

How does EIGRP Allow the User to Monitor Network Status?

Similar to other network protocols, EIGRP has predefined commands that lets the user check the network’s status from the console. Some of the most common network monitoring commands include: show ip eigrp topology, show ip eigrp interfaces, show ip eigrp neighbors, and show ip eigrp vocabulary.

What is the EIGRP Topology Table?

The EIGRP topology table is a list of all available routes that registered neighbors have received and it is stored in a database. The table also shows the assessed metric for these routes in addition to the feasible distance to these network locations. The table also includes pre-calculated “successor” information regarding the best network paths that are “loop free.” In order to prevent loops, EIGRP is setup to use the Split horizon loop prevention method by default, but this can be disabled if the user so desires.

What are the Advantages of EIGRP?

EIGRP gives network administrators a more advanced option for a distance vector routing protocol than an IGRP. The protocol stores previously routed information in the EIGRP tables where it can be used to determine the fastest routes on a network. The improved efficiencies result in greater routing stability as well as increased bandwidth efficiencies in comparison to other protocols. 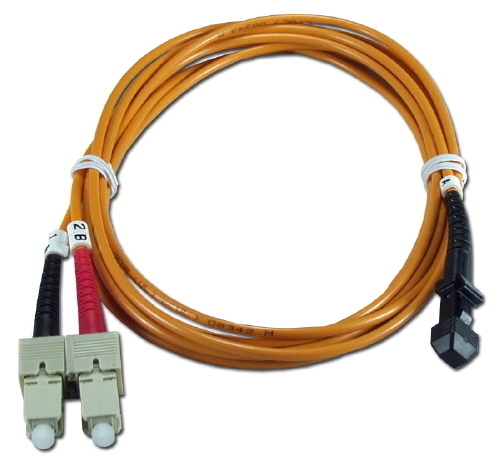 Multi-mode fiber is a type of fiber optic cable which is thick enough for light ...