This is where the Dynamic Host Configuration Protocol (DHCP) becomes important. The Dynamic Host Configuration Protocol (DHCP) is a service that does the above mentioned tasks for administrators, thereby saving simplifying the administration of IP addressing in TCP/IP based networks. TCP/IP configuration was basically a manual process before the DHCP protocol was introduced. One of the main disadvantages of manually assigning IP addresses to hundreds of computers is that it could result in the assigned IP addresses not being unique. In a TCP/IP based network, to uniquely identify computers on the network, each computer must have a unique IP address. To communicate on the Internet and private TCP/IP network, all hosts defined on the network must have IP addresses. The 32-bit IP address identifies a particular host on the network. 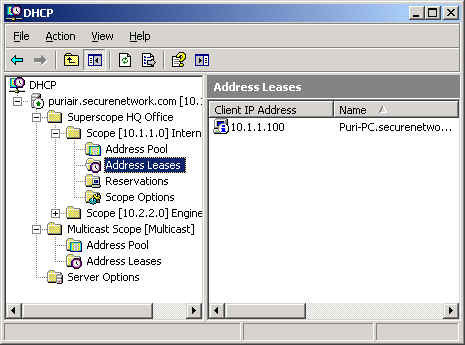 You should only use manual address assignment under these circumstances:

The functions of the DHCP server are outlined below:

You can increase the availability of DHCP servers by using the 80/20 Rule if you have two DHCP servers located on different subnets.

Because the DHCP service is a very important service in a TCP/IP based network, the following implementations are strongly recommended.

A DHCP has to have at least one scope, which includes the following properties.

Therefore, when you start designing your DHCP strategy, and you are defining the scopes for your DHCP servers, you should clarify the following.

A superscope is the grouping of scopes under one administrative entity that enables clients to obtain IP addresses, and renew IP addresses from any scope that is part of the superscope.

Superscopes are typically created for under the following circumstances:

The DHCP lease process, also known as the DHCP negotiation process, is a fairly straightforward process.

The DHCP lease process is described below:

Domain Name System (DNS) is the main name resolution method used to provide clients with name to IP address resolution. This in turn enables clients to locate resources on the network.
The Dynamic DNS (DDNS) feature, initially introduced in Windows 2000, enables clients to automatically register their IP addresses and host names with a DNS server. When the DHCP service is running on a server, the DHCP server register the IP address of clients in DNS when the clients receive IP addresses from the DHCP server. The client no longer contacts the DDNS server to register its IP addresses because the Windows Server 2003 DHCP service dynamically updates the DNS records on behalf the client.

With Windows Server 2003 DHCP, three options are available for registering IP addresses in DNS. The options can be configured for the DHCP server, or for each individual scope.

The options which can be specified to enable/disable the DHCP service to dynamically update DNS records on behalf of the client are:

The Advantages of using DHCP

The main advantages of using DHCP are summarized below:

The Disadvantages of using DHCP

The main disadvantages of using DHCP are summarized below:

In order for DHCP to operate successfully, all of your client computers should be able to contact the DHCP server, and contact it at any time. DHCP relies on the network topology, and is in turn relied on by all TCP/IP based hosts within your networking environment.

The factors that should be included or determined, when you design a DHCP strategy and determine the placement of the DHCP servers are listed below:

The main design requirements associated with DHCP are:

The failover methods which you should consider implementing when you design a DHCP implementation are:

Determining the number of DHCP servers and placement

The number of DHCP servers you would need to implement is determined by the following factors:

In a routed network, you would need DHCP relay agents if you plan to implement only one DHCP server. It is recommended to place the DHCP server on the subnet that has the majority of hosts.

The performance of a server can be enhanced when the server has:

If you are implementing multiple DHCP servers, place DHCP servers on all subnets which are connected via slow, unstable WAN links. This in turn prevents DHCP messages from being transmitted over the WAN.

For networks that have only Microsoft client computers, setting up your DHCP clients is a fairly easy task. The type of clients which you want your DHCP server to service could lead to additional DHCP design and DHCP configuration requirements.

The different types of clients are:

The aspects which you need to resolve to secure your DHCP environment are:

To secure your DHCP environment, use the following strategies:

The best practices for designing a DHCP environment are summarized below: 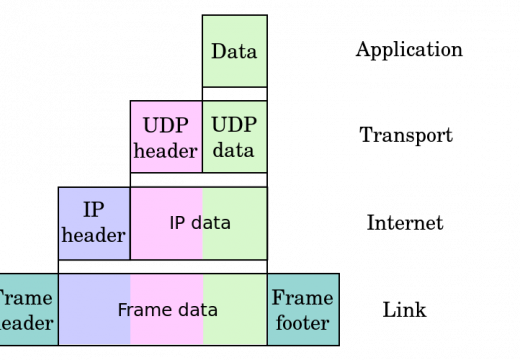