The first step is to pack a 12 foot long fuel rod with the uranium 235 pellets. They are lined in this rod. Over 200 of these rods are then added to the fuel assembly. Once this is all done, the rods are bombarded with neutrons. Uranium 235 breaks apart–a process known as fission–when it is bombarded with neutrons. The neutrons force it to split. This results in a reaction that creates energy otherwise known as heat.

The heat from all of these reactions is sent to the first primary coolant. This coolant is water that is kept in a pressurizer. For water to boil, it needs to be at the right pressure and temperature. However, the pressurizer ensures that the pressure is strong enough that the water cannot boil, but it can reach a temperature of up to six hundred degrees Fahrenheit. In other words, it’s very hot, non-boiling water.

This water is then passed through thousands of little tubes that heat the secondary coolant which is more water. This transfer of heat results in the secondary coolant turning into steam. The two coolants are in closed systems. This means that the water that is heated from the fission reaction never comes in contact with the water that is turned into steam. The same water is used for the same processes.

The water finally goes into the condensing area where the steam is turned back into water and continuously cooled. As it cools, it is sent back to become steam again to create even more electricity. The two closed systems all get their energy from the same process: nuclear fission of uranium 235.

Which Countries Use Nuclear Power?

Nuclear technology was first developed in the 1940s, and during the Second World War. At that time, the research focused on producing bombs by splitting the atoms of either uranium or plutonium. Later on, nuclear technology advanced by leaps and bounds and started to harness the power of a process called Nuclear Fission. In this process, high-energy neutrons split heavy atoms of uranium. This results in release of huge amount of energy. This is the process used mostly in the current nuclear power stations, all over the world.

Nuclear Fusion is a relatively new process in which Hydrogen atoms join together to form Helium atoms and neutrons along with huge amounts of energy release. We still do not have the technology to control this type of nuclear reaction, it is still very much in the developmental stages.

There are presently around 436 commercial nuclear power reactors operating in 30 countries. 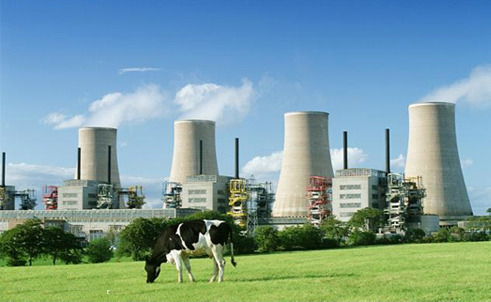 Nuclear power has two dimensions. One is for its use as a Weapon and the other is for civil purposes to generate power and electricity. Currently, only eight countries are known to have a nuclear weapons capability. However, 56 countries operate civil research reactors, and 30 countries have some 440 commercial nuclear power reactors.

The latest trend shows that the existing nuclear power plants have improved their performance during the recent years, as compared to the past. Apart from the better performance of existing units, the increase in power generation rate is also due to the addition of more numbers of nuclear reactors in many countries.

With the improved load factor scenario of most of the nuclear power plants around the world, it seems that many of them are utilizing the capacity to almost maximum level, although these plants need to shut down every 18-24 months for fuel change and routine maintenance. 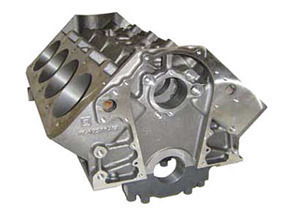 Clean gas induction, commonly referred to as CGI, is a technology found in specific types ...

The different nuclear processes will use different types of fuel. In general terms: Fission reactions ...