‘Regular’ gasoline-powered cars derive their propulsion power from combustion of gasoline. The combustion of gas produces the energy needed to turn the transmission as well as the wheels. Unfortunately, although fossil fuels still delivers the most power per pound, their by-products are harmful to the environment. Fossil fuels are also non-renewable resources and they are becoming more and more expensive.

Electric-powered cars, on the other hand, have a set of powerful batteries for powering the electric motor. Although their by-products are considered harmless to the environment, there are certain disadvantages related to this type of cars: electric-powered cars take a lot of time to recharge and they can’t reach high speed.

A hybrid car combines the strengths of each type of engine. It produces less pollution and it is more economical than the conventional car while still being more powerful than most electric-powered cars.

Regenerative Braking System: Instead of using only friction, the electric motor/generator of the hybrid car uses the excess kinetic energy to charge the batteries of the electric engine and thereby capturing some of the energy that would’ve been otherwise lost in the case of conventional cars.

Temporary Engine Shut-off: Since hybrid cars have two engines to power them, it they can automatically shut off the gas powered engine when the car is idle and use its electric engine to power it. This saves fuel.

Other features to maximize the fuel efficiency of hybrid cars are minimal-drag tires, carbon fiber and other lightweight materials to reduce overall weight and state of the art aerodynamic designs for the body. All these things make it easier for a hybrid car to accelerate, attain higher speeds as well as minimize fuel consumption and emissions.

How Do Hybrid Cars Work?

Gas prices worldwide go up dramatically and international community is concerned about global warming. This made car manufacturers start producing hybrid cars that would be affordable to average customers. People are becoming more and more interested in new hybrid cars that are coming out every year. Hybrid cars can offer you longer rides, and they are more environmentally-friendly at the same time.
A hybrid car uses two or more methods of energy generation to propel the vehicle or power the electronics inside the vehicle such as the lights, ventilation system, and air bags. A hybrid car may use gasoline and electricity, ethanol and gasoline, fuel cells, or any other source of power. On the outside, a hybrid car looks pretty similar to any other car, but on the inside, they look completely different. They  have dual engines and power-splitting devices that control how energy is processed and used. 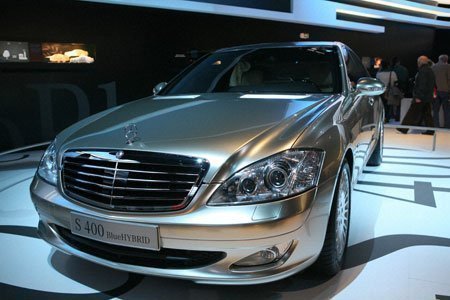 Mileage
Hybrid cars can cruise at 80+ MPH without much effort. Although hybrid cars do lack horsepower, going from 0-60 in about 10 seconds, they are fully capable of meeting your expectations. One of the main advantages of having a hybrid car is the fact that it has excellent fuel economy and most can deliver an extra 20-30 miles per gallon.

Performance
Hybrid vehicles have excellent performance capabilities and can operate just as efficiently as regular gasoline-powered cars. With gasoline to handle the legwork and electricity to power through the small stuff, hybrid cars offer a smooth ride no matter where you are or what terrain you are traveling over. Many hybrid cars include special devices that save gasoline and provide more power. For example, some hybrid cars are built with an on/off switch for the engine that shuts the engine off whenever you are idle and then starts it back up when you step on the acceleration. This simple feature saves a lot of energy that you would have otherwise wasted sitting in traffic.

Going Green
Since many people are concerned about global warming and pollution, hybrid cars are ideal because they often produce lower CO2 emissions than standard vehicles. This is largely due to the fact that hybrid cars use less gasoline than traditional cars as electric motors handle most of the day-to-day driving that consumers experience. Alternative fuels that produce less pollution are also now being mixed into gasoline to not only provide more power but also lower CO2 emissions.

Ethanol
As you may have noticed, ethanol is quickly growing in popularity and is already being implemented in many vehicles worldwide. Ethanol is a sugar-based fuel derived from corn that can be mixed with gasoline to provide a level of energy that matches or exceeds traditional gasoline. Ethanol is also more environmentally-friendly than traditional gasoline and is a renewable energy source as corn can be grown in a very short amount of time. While ethanol is not yet ready to be used alone, the concentrations of ethanol in gasoline is getting higher and higher every year.

Fuel Cells
Hybrid cars with fuel cells will most likely be available within the next few decades. Fuel cell cars may include a combination of gasoline, electricity, and hydrogen gas that will burn cleaner than regular gasoline and provide more power in both stability and horsepower. Fuel cell hybrids will contain a tank of hydrogen gas that will mix with oxygen in the air to generate electricity with waste being simple steam.

The first move toward a hybrid vehicle was in 1665, when Ferdinand Verbiest, a Jesuit priest, began work on plans for a simple four-wheeled vehicle that could run on steam or be pulled by a horse. Over a fifteen-year period, Verbiest had been working to refine his creation, although there is no evidence that this hybrid vehicle ever came to existence.

Nicholas Cugnot came up with a working steam-powered carriage in 1769. Not only did Cugnot’s invention get off the drawing board, but it could also move at the speed of six miles per hour. Unfortunately, maintaining enough steam to travel any real distance was difficult to accomplish, so this project wasn’t very successful. 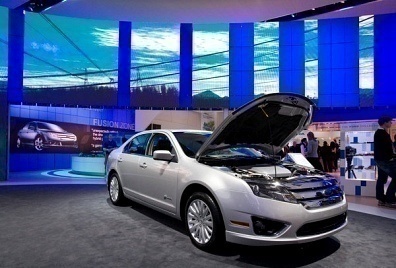 The first electric-powered car in the 19th century was created in Scotland. Designed by Robert Anderson, the vehicle had limited range and a battery power that was difficult to recharge. By 1870, Sir David Solomon had come up with a lighter motor for a carriage, but creating a battery that could easily and reliably be recharged was still his major problem.

Within a decade, business investors in London gained an interest in developing an electric taxicab. The design supposedly called for a 28-cell battery system that would drive a small electric motor. While this one did not come into regular use, it did pave the way for a more successful effort in 1897. In that year, the London Electric Cab Company began to provide service in the city, using cabs powered by a 40 cell battery and a three horsepower electric motor. Dubbed the “Bersey Cab” after its inventor, Walter Bersey, the cab could go up to fifty miles before the battery had to be recharged.

Porsche developed the first electric and internal combustion engine in 1898. The electric batteries were located in the wheel hubs.

How Many Hybrid Cars Are on the Road?

According to a 2009 study, there have been over 1,600,000 hybrids sold. Therefore, it is safe to assume that there are nearly this many hybrids on the road. 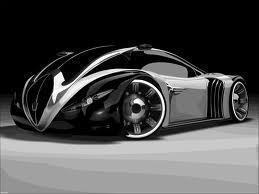 The most popular hybrid on the road is the Toyota Prius. In 2009, nearly 140,000 cars were sold. Since its creation, there have been over 800,000 models sold which demonstrates that the Prius is the leader among hybrid cars. Other popular models are Honda Civic and Toyota Camry. However, as of 2009, there are at least 25 different cars that have some sort of a hybrid model available. For example, you can buy a regular Cadillac Escalade, but there is also a hybrid version of the Escalade.

Hybrid Cars for Sale on eBay