Intelligent highways are the new highway traffic analysis and response technology that will be implemented in major cities in the near future in order to decrease traffic congestions and accidents. Major highways in the US as well as other developed countries are being used by more or less 350,000 vehicles everyday. The traffic or congestion that results from such volume accounts for almost 78 billion dollars of wasted money every year because of lost man-hours and fuel waste. Consequently, billions of dollars have been spent trying to alleviate and eliminate this problem.

The installation of operational systems and processors in transportation vehicles have also allowed software applications and artificial intelligence systems to be installed. These systems include internal control of model based processes, ubiquitous computing and other programs designed to be integrated into a greater transportation system.

Floating car data on the other hand makes use of the availability of location data garnered from mobile phones by the network carriers. Since this data is updated constantly throughout the day, they can be used as traffic probes showing points where there is traffic congestion, the average traffic speed and traffic direction. Moreover, since this system requires no costly infrastructures and equipment like cameras or sensors and is not affected by adverse weather, it is one of the strongest contenders for intelligent transportation systems.

Sensing technologies involve embedding sensors along the road or the surrounding infrastructure like traffic posts, signs and buildings. These sensors include inductive loops that can sense the vehicles’ speed, the number of vehicles passing as well as the size of these vehicles. Video detection, on the other hand, involves the installation of video cameras onto road structures such as poles or billboards to detect occupancy information on the lanes, vehicle speeds, vehicles heading the wrong way, etc.

Current traffic and response technologies include electronic display signs, video cameras and loop detectors. Loop detectors are wires implanted on the road that serve as electrical voltage sensors. These sensors can determine if a car passes by through the changes in electrical voltage caused by the metallic body of passing cars. Moreover, by analyzing the information regarding how much time elapsed between passing two sets of wires and the number of alerts it generates, a central computer can determine the speed and volume of cars in a certain highway.

If the central computers notice a slowdown in traffic, video cameras can be utilized to check the cause of the traffic and this data can subsequently be displayed in electronic signs or boards to warn vehicles nearby and advise them of alternate routes. This type of traffic monitoring is, however, expensive and not sustainable in the long run. 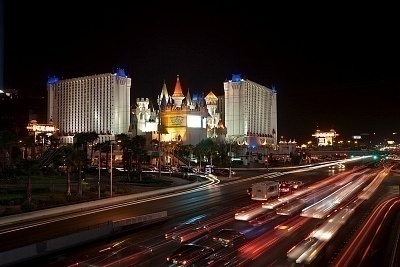 Intelligent highways or the future or traffic monitoring, analysis and response systems would therefore rely on some of the most common devices available in developed countries – digital phones and PDAs. By using these devices which emit radio signals and in turn reveal the locations of their owners, future traffic management systems will be able to collect and disseminate traffic information more easily and quickly.

By using listening posts paired with cell phone base stations, traffic management personnel will be able to triangulate each and every vehicle having passengers with these digital phones or PDAs. Moreover, by time stamping the radio signals, listening posts can then determine the speed, direction and location of each and every digital phone/PDA-bearing commuter on a particular highway. In the event of an accident or congestion, the central traffic monitoring station can send personalized traffic updates along with GPS-produced maps advising commuters of alternate routes and traffic information to the affected commuters’ phones.

RF tagging, on the other hand, uses Radio Frequency tags and prepaid toll accounts. Electronic tag readers are also used in place of toll gates. In this case, cars can pass toll gates without slowing down. The RF tags on cars would automatically communicate with the electronic card readers which would in turn adjust the account information on the prepaid account. The electronic toll booths could also serve as traffic monitoring systems by timing the travel time of the car from one electronic toll booth to the next.

Intelligent transport systems are used for automatic toll collection where the vehicles can pass through without slowing down. This eliminates choke points along routes having toll booths and enforces cordon zones in some cities. Automatic toll collection systems make use of radio devices, infrared systems, RFIDs, license plate recognition systems and barcode stickers.

Intelligent transport systems particularly the FCD model can also be used to provide advance warning to motorists of traffic jams, accidents and other emergency situations. This system can then provide alternative routes or recommendations to motorists so as to avoid congestion and travel delays.