One of the most prominent gauges on an automobile’s dashboard is the speedometer. Its primary function is to give a visual indication of a vehicle’s speed in miles or kilometers (or both) per hour. Since the majority of these devices are still analog, they may require speedometer calibration when new tires are installed, major automotive repair work is completed, or it gives incorrect readings on a consistent basis.

When Were Speedometers First Used?

Automobile manufacturers first included Speedometers as standard equipment in 1910 as the need to limit drivers’ speeds started to become an issue in society. Prior to this, they were an expensive option to include with a car and were not widely used. The best known speedometer supplier from this time period was OSA, which first made the devices in 1923 and did not change their primary design for more than six decades.

What Types of Speedometer Are There?

How Does the Eddy-Current Speedometer Work?

Speedometers must be able to measure the rotational speed of automobile’s transmission or wheels and then transmit this information to a gauge or other component. Most speedometers take their measurements from the vehicle’s transmission via the drive cable. The drive cable is made up of a number of coil springs that are wrapped around a mandrel or center wire. The cable can be bent as it is run from the transmission to the main instrument cluster that has a visual display of the speedometer. The spiral gear attaches the drive cable to a permanent magnet that sits in the speed cup. A hairspring attaches the speed cup to the speedometer needle, which the automobile driver can see. As the magnet in the system spins, it creates a rotating magnetic field that acts on the speed cup, creating eddie currents to flow inside of the cup. These currents then create a drag torque that does work on the speed cup, which causes the attached needle to turn in the turning magnetic field’s direction. The speedometer needle comes to rest when the hairspring’s opposing force balances the force that the magnet created. As the automobile’s speed increases or decreases, the magnet rotates faster or slower respectively, and moves the needle accordingly.

How Are Speedometers Calibrated?

A speedometer has to be calibrated in order to ensure that the magnetic field torque accurately reads or displays the speed of the vehicle. It must take into account the gear ratio of the drive cable, diameter of the tires, and drive ratio in the differential. If any of these factors are changed on an automobile, the speedometer must be calibrated. The automobile manufacturer usually calibrates speedometers at the factory, with car owners manipulating the permanent magnet or hairspring (depending on the car model and vehicle modifications) to complete the task. Normally, the easiest way to calibrate the speedometer is to modify the magnetic field’s strength, which requires an electromagnet to adjust to match the input from the device’s drive cable.

Intelligent transportation systems are projects that aim to integrate modern communication and information technology into ... 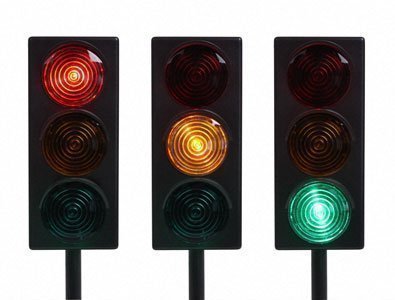