Tunneling is a way in which data is transferred between two networks securely. All the data being transferred is fragmented into smaller packets or frames and then passed through the tunnel. This process is different from a normal data transfer between nodes. Every frame passing through the tunnel will be encrypted with an additional layer of tunneling encryption and encapsulation, which is also used for routing the packets to the right direction. This encapsulation would then be reverted at the destination with decryption of data, which is later sent to the desired destined node.

Tunneling is also known as the encapsulation and transmission of VPN data, or packets. IPSec tunnel mode enables IP payloads to be encrypted and encapsulated in an IP header so that it can be sent over the corporate IP internetwork or Internet.

The tunnel is the logical path or connection that encapsulated packets travel through the transit internetwork. The tunneling protocol encrypts the original frame so that its content cannot be interpreted. The encapsulation of VPN data traffic is known as tunneling. The Transport Control Protocol/Internet Protocol (TCP/IP) protocol provides the underlying transport mechanism for VPN connectivity.

The two different types of tunneling are:

VPN tunnels can be created at the following layers of the Open Systems Interconnection (OSI) reference model:

Virtual Private Networks (VPNs) provide secure and advanced connections through a non-secure network by providing data privacy. Private data is secure in a public environment. Remote access VPNs provides a common environment where many different sources such as intermediaries, clients and off-site employees can access information via web browsers or email. Many companies supply their own VPN connections via the Internet. Through their ISPs, remote users running VPN client software are assured private access in a publicly shared environment. By using analog, ISDN, DSL, cable technology, dial and mobile IP; VPNs are implemented over extensive shared infrastructures. Email, database and office applications use these secure remote VPN connections. 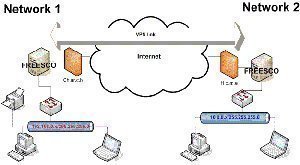 A few of the main components needed to create VPN connections are listed below:

Remote access VPNs offer a number of advantages, including:

The tunneling protocols are responsible for the following functions:

The tunneling protocols are:

There are two types of VPN connections, PPTP (Point-to-Point tunneling protocol) and L2TP (Layer 2 tunneling protocol). Both PPTP and L2TP tunnels are nothing but local sessions between two different endpoints. In case they have to communicate, the tunneling type must be negotiated between the endpoint, either PPTP or L2TP, then more configurable parameters like encryption, address assignment, compression, etc. must be configured in order to get the best possible security over the Internet based private logical tunnel communication. This communication is created, maintained, and terminated with a tunnel management protocol.

Data can be sent once the tunnel is in place and clients or the server can use the same tunnel to send and receive data across the internetwork. The data transfer depends upon the tunneling protocols being used for the transfer. For example, whenever the client wants to send data or payload (the packets containing data) to the tunneling server, the tunnel server adds a header to each packet. This header packet contains the routing information that informs the packet about the destination across the internetwork communication. Once the payload is received at the destination, the header information is verified. After, the destination tunnel server sends the packet to the destined node, client, or server.

It is very obvious that the PPTP and L2TP protocols are fully dependent upon PPP connection and it is very much important to understand and examine PPP a little more closely. Initially, PPP was designed to work with only dial-up connections or dedicated connections. If the data transfer is happening over PPP connection, then the packets going over PPP are encapsulated within PPP frames and then sent across or transmitted over to the destination dial-up or PPP server.

There are four distinct phases of negotiation in a PPP connection. Each of these four phases must complete successfully before the PPP connection is ready to transfer user data.

Once the four phases of PPP negotiation have been completed, PPP begins to forward data to and from the two peers. Each transmitted data packet is wrapped in a PPP header that the receiving system removes. If data compression was selected in phase 1 and negotiated in phase 4, data is compressed before transmission. If data encryption is selected and negotiated, data is encrypted before transmission. If both encryption and compression are negotiated, the data is compressed first then encrypted.

PPTP encapsulates PPP frames in IP datagram for transmission over an IP internetwork such as the Internet. PPTP can be used for remote access and router-to-router VPN connections.

PPTP or Point-to-Point tunneling protocol works over TCP ports, which are also used for tunnel management and GRE or Generic Routing Encapsulation protocol to encapsulate any PPP frames that will later be used to send data through the tunnel. Compression or encryption will depend on the tunnel configuration.

Point-to-Point Tunneling Protocol (PPTP), an extension of Point-to-Point Protocol (PPP), encapsulates PPP frames into IP datagrams to transmit data over an IP internetwork. To create and manage the tunnel, PPTP utilizes a TCP connection. A modified version of Generic Route Encapsulation (GRE) deals with data transfer by encapsulating PPP frames for tunneled data. The encapsulated tunnel data can be encrypted and/or compressed. However, PPTP encryption can only be utilized when the authentication protocol is EAP-TLS or MS-CHAP. This is due to PPTP using MPPE to encrypt VPN data in a PPTP VPN, and MPPE needing EAP-TLS or MS-CHAP generated encryption keys.

Layer 2 Tunneling Protocol (L2TP) is a combination of the benefits and features of PPTP and Cisco’s Layer 2 Forwarding (L2F) protocol. L2TP encapsulates PPP frames, and sends encapsulated data over IP, frame relay, ATM and X.25 networks. With L2TP, the PPP and layer two end-points can exist on different devices. L2TP can also operate as a tunneling protocol over the Internet. L2TP uses UDP packets and a number of L2TP messages for tunnel maintenance. UDP is used to send L2TP encapsulated PPP frames as tunneled data.

While L2TP can provide encryption and compression for encapsulated PPP frames, you have to use Microsoft’s implementation of L2TP with the IPSec security protocol. When L2TP is used with IPSec, the highest level of security is assured. This includes data confidentiality and integrity, data authentication, as well as replay protection. IPSec protects the packets of data and therefore provides security on insecure networks such as the Internet. This is due to IPSec securing the actual packets of data, and not the connection used to convey the data. IPSec utilizes encryption, digital signatures and hashing algorithms to secure data.

The two IPSec protocols are: 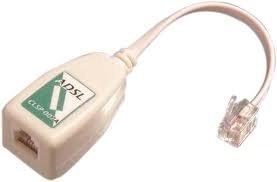 How Do ADSL Microfilters Work? 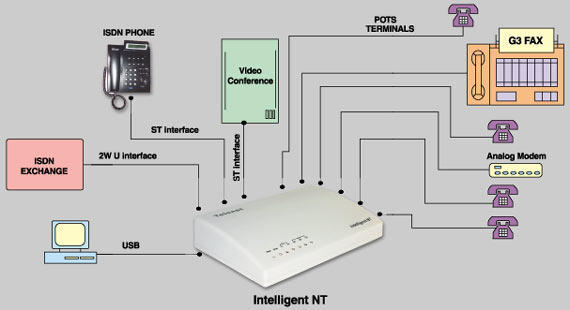 ISDN (Integrated Services Digital Network) is a system of digital phone connections that has been ... 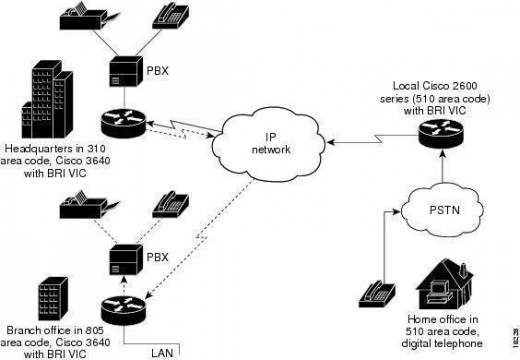