An Overview on Certificate Authorities

In the Public Key Infrastructure (PKI), digital certificates are based on public key cryptography. The PKI consists of a set of components, policies, protocols, and technologies that provide data authentication, integrity, and confidentiality through the use of certificates, and public and private keys. Data is protected by applying a hashing algorithm and signature algorithm to the original message. A hashing algorithm is an intricate mathematical algorithm which is applied to the message. The hashing algorithms which are commonly used are MD2, MD4, MD5, and SHA-1. The Microsoft strong cryptographic provider algorithm is the default signature algorithm used in Windows Server 2003. This algorithm is applied to what is called the message digest. With public key cryptography, the key that encrypts data is called a public key. The key that is used to decrypt data is called the private key. While the public key can be publicly distributed, the private key is kept secure.

The capability does exist for an organization to download software and tools that generates digital certificates and private and public key pairs, but how do you know that the source of this software and tools is safe. In the same manner, it is possible for a local PKI to create its own public and private keys, and send it to other parties. Once gain, how do these parties verify the source of the certificate when nothing authenticates it. 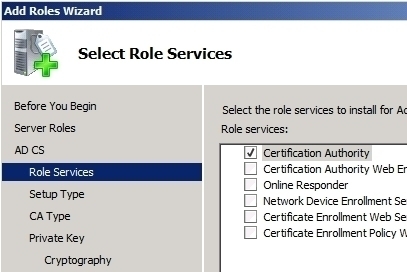 The utilization of Certificate Authorities (CAs) overcomes these security issues. A Certificate Authority can be defined as an entity that generates and validates digital certificates. The CA adds its own signature to the public key of the client. This essentially indicates that the public key can be considered valid, by those parties that trust the CA. Third party entities that provide and issue digital certificates are VeriSign, Entrust and GlobalSign. Because these entities issue digital certificates for a fee, it can become a costly expense in a large organization. By using the tools provided by Microsoft, you can create an internal CA structure within your organization. You can use Windows Server 2003 Certificate Services to create certificates for users and computers in an Active Directory domain.

Before discussing CAs any further, lets first look the role which CAs play in the Public Key Infrastructure (PKI).

In Step 1 of the above process, the user or computer made itself known to the CA. This process is called registration, and can be performed manually or automatically. The user or computer that sent the request to the CA provides information to the CA, which the CA utilizes to authenticate the entity.

The initial step in implementing a PKI, is to install a CA. The first CA installed, becomes the root CA. The root CA forms the foundation of the PKI because it issues the private and public key pairs used to secure data as it is transmitted over the network.

The Differences between Internal CAs and External CAs

The advantages of using internal CAs are briefly listed below:

The disadvantages of using internal CAs are briefly listed below:

The advantages of using external CAs are briefly listed below:

The disadvantages of using external CAs are briefly listed below:

If you have chosen to utilize internal CAs within your organization, you have to determine how many CAs are going to be needed, to meet the security requirements of your organization. After you have decided on the number of CAs that should be installed, you need to determine where the CAs are to be located. Having two or more CAs provides benefits such as fault tolerance. With multiple CAs, when one CA server fails, clients can continue to request certificates. If your organization has many branches, you can configure a CA for each branch. This decreases wide area network (WAN) traffic.

The Differences between a Root CA and Subordinate CA

The Differences between Enterprise CAs and Stand-alone CAs

Both enterprise CAs and stand-alone CAs can be used to issue certificates for the following:

They are however differentiated from one another, based on their location:

In summary, the types of CAs which you can install are listed below:

In a single CA model, there is only one CA in the PKI of the organization. All users or parties are handed the public key of this CA when they request certificates.

In a CA hierarchy, when the root CA is installed, you can use this CA to issue CA certificates to other certificate servers. These subordinates CAs can in turn issue certificates to other subordinate CAs. This process of installing CAs and issuing certificates between CA servers starts the formation of a CA hierarchy. Another terminology used to refer to the CA hierarchy is chain of trust. When multiple CAs exists in an organization, the relationship that they have with one another are based on the parent/child relationship between the CAs. It is important to note that a root CA has a self-signed certificate. What this means is that the certificate of the root CA is not signed by another higher authority, but by itself. The actual root CA issues and signs the certificate.

Another function associated with CAs in the PKI, is the issuing of Certificate Revocation Lists (CRLs). A CRL is a list that contains the serial numbers of all certificates which have been revoked. The CA is responsible for
maintaining the CRL. When the CA validates certificates, it checks the CRL to determine whether it is still valid or not. If the certificate is on the CRL, the CA announces the certificate as being revoked.

The CA places the CRL at locations, called CRL Distribution Points (CDPs), from which clients can download the CRL. When clients cannot locate a CRL at a CDP, it works on the assumption that all certificates issued by the CA have since been revoked. Enterprise CAs publishes its CRL in Active Directory. The actual object used is the CRLDistributionPoint object. Stand-alone CAs store their CRLs in the systemroot%system32certsrvCertEnroll folder. You can use the Certification Authority management console to view the list of certificates included in a CRL. Simply, right-click Revoked Certificates, select Properties from the shortcut menu, and then click View CRLs. You can also use the Certification Authority management console to manually publish a CRL. CRLs are normally manually published when an important certificate has been compromised.

When you specify a long validity period for a CA, the CRL can grow quite large. You can use delta CRLs if your servers are running Windows Server 2003 Enterprise Edition, or Windows Server 2003 Datacenter Edition to minimize the update time needed to publish revoked certificates. When delta CRLs are used, clients are first sent the base CRL. After this, the client is only periodically sent updates.

How to install a CA

How to view the CRL 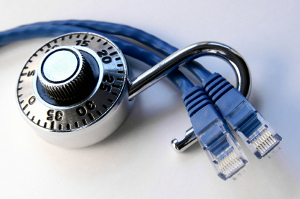 An Overview of Auditing Auditing enables you to determine which activities are occurring on your ... 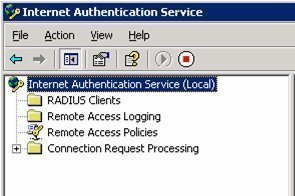 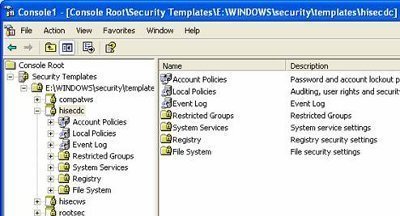 With Windows NT 4.0, came the launch of the System Policy Editor feature which enabled ...