While Windows Server 2003 provides a number of features and tools when you install it on a computer, you have to implement additional features and functionality on a server to provide the services and capabilities required by the organization and its users.

There are a number of different risks that have an impact on an organization. Some of the primary threats which you should address are listed here:

A typical security life cycle is consists of the following processes:

A number of common steps or processes have to be completed to design network infrastructure security:

A few methods of securing your network infrastructure are listed here:

Each Windows server operating system provides different features, and different security configurations which can be enabled to enhance network security and server security. Before deciding on the operating system to utilize, you have to know which security features are required for your network design, as determined by the organization's requirements.

Most organizations use a security design committee or team to determine the security needs of the organization and to deploy security policies which can meet these requirements.

The members of the network security design committee should be knowledgeable on a number of factors, including the following:

Finding the Balance between Security and Usability

One of the trickiest challenges of designing network infrastructure security is to establish a balance between security and usability. The network has to be secure so that valuable network resources can be protected, but it also has to allow the sufficient extent of usability. Networks that are too secure, or that have an exceptional high level of security can end up having low levels of usability. This typically leads to users not being able to access network resources and services. On the other hand, a network that has an exceptionally low level of network security has a somewhat higher level of vulnerability to network attacks and data corruption.

To find a balance between security and usability, the following approach is recommended:

Determining Security Requirements of the Organization

To determine the security requirements of the organization, you have to include a number of business factors:

There are a number of recommendations which you can use to match the business requirements to the security plan:

Designing Security based on Technical Requirements

IPSec can operate in either Tunnel mode or in Transport mode. IPSec Tunnel mode should be used to provide security for WAN and VPN connections that use the Internet. In tunnel mode, IPSec encrypts the IP header and the IP payload. With tunneling, the data contained in a packet is encapsulated inside an additional packet. The new packet is then sent over the network. In Transport Mode, the default mode of operation used by IPSec, only the IP payload is encrypted. Transport mode is used for end-to-end communication security between two computers on the network.

The security features provided by IPSec are summarized here:

The three predefined IPSec policies are:

The Microsoft best practices for implementing IPSec are summarized here:

The common threats to a DNS infrastructure are:

There are a number of by which you can secure DNS servers:

The DNS security recommendations for an external DNS implementation are summarized below:

Designing Security for Data being Transmitted

Other than IPSec, there are a number of methods which you can use to secure data transmission for a number of different circumstances:

The Secure Sockets Layer (SSL) protocol was developed by Netscape Communications to secure communication over the Internet. SSL works at the transport layer of Transmission Control Protocol/Internet Protocol (TCP/IP), which makes the protocol independent of the application layer protocol functioning on top of it. SSL is an open standard protocol and is supported by a range of servers and clients.

SSL can be utilized for the following:

SSL works by combining public key cryptography and secret key encryption to ensure data confidentiality. The Rivest-Shamir-Adleman (RSA) public key algorithm is used to generate the certificates, and the public and private key pairs utilized in SSL. When a client Web browser connects to a Web server that is configured for SSL, a SSL handshake process is initiated with the Web server. The SSL handshake process occurs to negotiate the secret key encryption algorithm which the client and Web server will utilize to encrypt the data which is transmitted in the SSL session.

The different situations where an SSL/TLS implementation normally occurs:

The benefits of implementing SSL/TLS are:

The shortcomings associated with deploying SSL/TLS are:

Secure /Multipurpose Internet Mail Extensions (S/MIME) can be used to provide end-to-end security for e-mail traffic. You can implement S/MIME to digitally sign e-mail messages being transmitted, thereby protecting the information from being modified.

Server Message Block (SMB) signing can be implemented to ensure the validity and integrity of data in transit between a client and a server. Server Message Block (SMB) signing can therefore be used to prevent man-in-the-middle attacks. SMB signing ensures the authenticity of a user and the server on which the data resides. To prevent the modification of SMB packets while in transit, SMB supports the digital signing of SMB packets. The signature is then verified at the recipient computer. To sign SMB packets, a mathematical algorithm is run over specific fields within the packet, to calculate a mathematical result. The recipient runs the same mathematical algorithm and then compares the mathematical result. When the two mathematical results match, it means that the data was not modified while in transit. A failure on either the server end or client end results in data not being transmitted.

To protect against the impersonation of clients and servers in high security networking environments that include Windows 2000 based clients and down-level Windows clients, consider implementing SMB signing.

SMB signing is negotiated between the client and the server at the time when the SMB session is established:

When you configure a security template to utilize SMB signing, you can select between the following options:

The different categories of wireless networks are:

Wireless networks are exposed to the following types of threats are

To secure wireless networks and wireless connections, administrators can require all wireless communications to be authenticated and encrypted. There are a number of wireless security technologies that can be used to protect wireless networks from the different types of attacks that these networks are vulnerable to.

The more common technologies used to protect wireless networks from security threats are:

To provide protection from casual eavesdropping, there are a number of options which WEP provides, including the following:

A few advantages of using WEP to prevent intruders from examining traffic in transit are listed here:

When designing security for wireless networks, the factors listed below have to be determined or clarified:

The typical circumstances under which a security plan should be updated are summarized here:

One of the challenges you face when designing network infrastructure security is to maintain an already implemented security plan. This is necessary to ensure that your existing security plan remains current, valuable and effective. 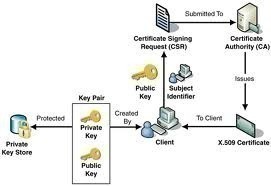 An Overview on the Public Key Infrastructure (PKI) A set of components, standards, and protocols ... 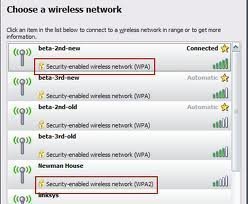 Wireless Network Security Threats Wireless networks do not have the inbuilt physical security of wired ... 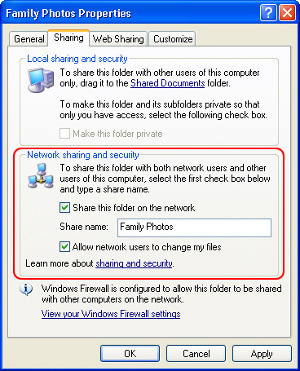 Shared folder permissions are used to restrict access to a folder or file that is ...