WMI is located in a shared service host, with other services. In order to prevent all services from stopping, in case of a provider failure, providers are loaded into wmiprvse.exe – a separate host process. The location of Wmiprvse.exe file is C:WINDOWSSystem32Wbem.Wmiprvse.exe is a system process and you should not stop it. It is necessary for Windows OS to work normally.

Wmiprvse.exe is considered CPU intensive. CPU intensive processes sometimes manipulate CPU and make the system slower. However, this is not the only problem you can experience with Wmiprvse.exe.

The “referenced memory” is one of the most common wmiprvse-exe errors (Wmiprvse.exe-Application error: “The instructions at “0x7c910de3″ referenced memory at “0xfffffff8”). Other common errors are related to RAM memory usage (over 90%), failures of Windows services, spiking CPU processor to 100 percent usage in Vista, Windows XP and 2003, locking the quick launch icons and task bar, restarting the system and preventing the user from accessing the hard drive.

Wmiprvse.exe is automatically loaded in Windows. It is an autonomous process that handles system requests. The ‘real’ file is safe, but if you think it uses too much memory, your Wmiprvse version might not be the original version and it could easily be a virus.

Some users have tried to resolve the problem by terminating all processes that started with HP. That prevented wmiprvse.exe from hogging CPU resources. However, no one can guarantee this will solve your problem.

Wmiprvse.exe errors can occur after a malware or spyware attack. If that is the case, error messages will keep popping up. As mentioned, Wmiprvse.exe should not be stopped because it is necessary for the operating system to function normally. Most errors occur due to malware, so the only way to resolve this problem is to locate the malicious file and delete it.

Go to “My Computer”, then “C”, open “Windows” and then go to “System 32”. Open the “wbem” folder and look for Wmiprvse.exe. Don’t delete this one, because it is the ‘real’ Windows system file. Malicious files are usually found in other locations (mostly in C:WINDOWSSystem32). 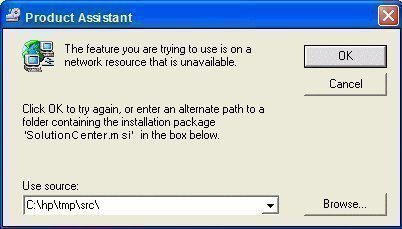 Windows users may encounter the following when trying to start the HP Solution Center: “The ... 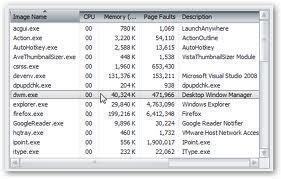