How a Decoupling Capacitor Works 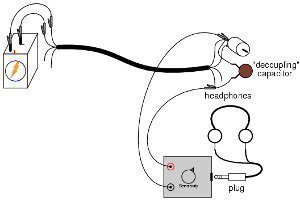 Decoupling capacitors are often used in devices that have several settings, such as power tools, hair dryers, and conventional ovens. They allow a device to switch back and forth between varying settings, such as speed or temperature, before the device’s power supply is able to maintain that setting. Devices could still have varying settings without a decoupling capacitor, but the effect would not be instantaneous and the user would have to wait for the power supply to adjust itself to the new setting.

Decoupling capacitors are advantageous because they are small and hardly noticeable, do not require any additional energy, and allow devices to change between various settings instantaneously. Decoupling capacitors also prevent damage to the power supply from occurring by buffering any fluctuations that occur in the device’s output. This is especially true in devices that contain a loop-back mechanism that induces unused energy from the device’s output back into the device’s input.

A solid state relay is a device that controls voltage to allow or prevent a ...

A piezoelectric transducer is a device that converts electricity into mechanical forces or vibrations. Although ...