Basic diodes are constructed from two semiconductor materials, germanium or silicon, to create a basic PN-junction. When two single diodes are connected to each other back-to-back, two PN-junctions that are connected in series are created. They share a common N or P terminal, which forms the basis of a BJT or Bipolar Junction Transistor. The BJT is a three layer, three terminal, and two junction device. BJTs are normally used in discrete circuit design as well as high-demand analog circuits such as RFs for wireless systems. They have also been combined with MOSFETs to create hybrid circuits.

What is a Transistor?

A BJT (Bipolar Junction Transistor) consists of two PN-junctions that produce three terminals that connect with each one given a unique name to distinguish it from the other two. The labels used on BJTs are Base (B), Emitter (E), and Collector (C ). BJTs regulate current in proportion to the amount of biasing voltage applied to their base terminal and act as a controlled switch as a result.

There are three ways to connect a BJT in an electronic circuit since it is a three terminal device. Each connection method responds to a circuit’s input signal in a different way. The three configurations are: 1) The Common Base, which has no current gain but has voltage gain, 2) The Common Emitter, which has both current and voltage gain, and 3) The Common Collector, which has current but no voltage gain. 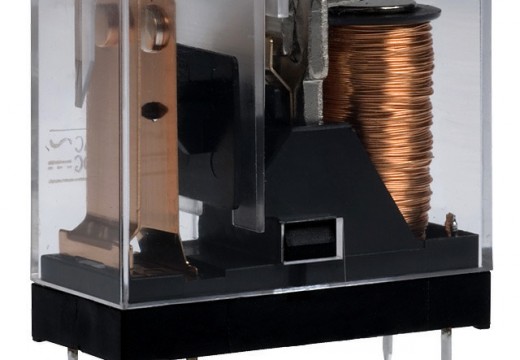 A relay is a remote switch controlled by current, magnetism, or temperature. The relay was ...