Ultrasonic sensors have many uses, but typically involve measuring speed, distance, or volume. They are used in navigation to determine the device and user’s location. Ultrasonic sensors detect wind speed and direction, and determine how much liquid is in a container by measuring the distance from the top of the container to the surface of the liquid. They are also used in humidifiers, burglar alarms, medical ultrasonography, and some forms of testing.

Ultrasonic sensors do not have many disadvantages, but are limited in their capabilities. For example, density, consistency, and material can distort an ultrasonic sensor’s readings. 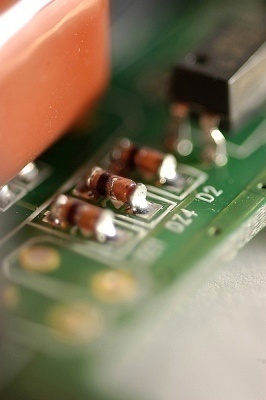 A Zener diode transfers current forward and backward, while traditional diodes are only capable of ...