Alohrs pas: of course not
An ahnvee: hunger; e.g. “I got an ahnvee for some boudin.”
Boudin: a kind of sausage
Are you getting down?: Are you getting out of the car?
Axe: ask
Ax: ask
Bag daer: back there
Bahbin: a pouting facial expression; e.g. “When I told him he couldn’t go fishing, he made a big bahbin.”
Bebette: a bug or a critter
Beb: sweetheart; darling
Bigarno: a snail; what the French call an escargot

Blow: a ceiling fan
Bonne homme: a drawn image or object resembling a male figure, like a GI-Joe for example 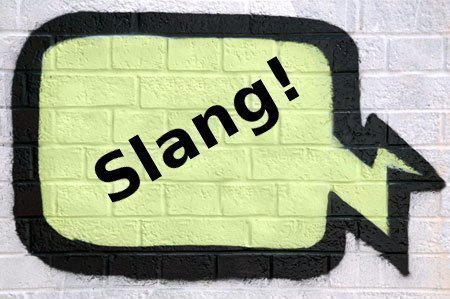 Drawz: underwear
Dreegailles: junk, trinkets
Each a one: one each
En d’oeuil: in mourning
Envie: a craving
Fah-yuh: fire
Fais do-do: go to sleep
Faut carot: A big, black Grasshopper
File: dried, powdered sassafras leaves
Freesons: goosebumps
Ga lee: an expression of astonishment
Garde soleil: an old-fashioned sun bonnet
Gep: a wasp
Go to bed!: Get out of here!; I don’t believe you!
Grand Beede: big, clumsy man
Gree gree: A curse or spell put on someone (from the Hatian word gris gris)
Gumbo: A soup made from a strongly-flavored stock, meat or shellfish, a thickener, and seasoning vegetables, which usually includes celery, bell peppers and onions.
Ha!: I don’t know!
He’s got the cabris: He’s got a wedgie (his underwear is stuck between his buttocks)
He’s got the gumbo: His pants are too big in the seat.
Hont: embarrassed
Hosepipe: water hose
Hot, hot: Very hot (many adjectives are used twice with the first one meaning very)
J’ai gros couer: I feel like crying.

Possede: a bad, mischievous kid (literally possessed)
Rahdoht: boring, never-ending conversation
Rocachah: beach burrs that stick to socks
ro-day: to run the roads and never stay home; wander
rozoe: a long thin reed used to make a buckblind (a blind used when hunting)
Saleau: sloppy, dirty old man
Saloppe: sloppy, dirty old woman
Seekahsah: a wasp
Slow the T.V.: turn down the volume
Speed up the T.V.: turn up the volume
Ste’pin: underwear
Sussette: a baby’s pacifier
Tawk: an onomatopoeia; a word that imitates the sound it stands for
Tete dure: hard head; stubborn
Texians: Grande Isles; All people who do not talk like us
T: used in front of any name; “T” means petit (little); T-Sam, etc.
The Island: Grand Isle, Louisana
The mouse: Grande Isles; a mouse that leaves money under the pillows instead of the tooth fairy
Tooloulou: a fiddler crab
Vay ya: spend time talking while visiting friends; gossiping
Vielle: an old woman
Vieux: an old man
Watch the slap.: I’m going to slap you
Weh: yes (from French oui)
What do now?: what do you want me to do now?
What time it is?: What time is it?
What you was doing last night?: What were you doing last night?
Where go?: Where do you want me to go?
Where put this?: Where do you want me to put this?
Where you at?: Where are you?
Ya Momma’s home?: Is your mother home?
Zeerah: disgusting
Zinc: kitchen sink
Zirondelle: a dragonfly