LCoS (Light Crystal over Silicon) is a technology used in display systems. LCoS shares some elements with LCD and DLP (Digital Light Processing) displays. As such, LCOS systems are not exactly new though it was only recently that commercial manufacture became viable. The best way to understand LCoS television is to understand the process.

The process starts with an intense light beam that's passed through a condenser lens. This lens has the task of focusing and directing the beam. It has a filter which ensures that only visible light can pass through (thus protecting the mechanisms and components from exposure).

The white light is separated into separate colored components by polarizing it with the use of a light beam splitter. This device passes the beam through separate filters. After this particular stage, the single light beam is separated into three and each has a different color (one is red, one is green and one is blue).

Alternatively, the mechanism may also use dichroic mirrors to separate the differently colored light beams. Such mirrors reflect or block some wavelengths of light while they allow the rest to pass through. For instance, one mirror can block blue light waves while it allows red and green to get through then a second mirror blocks the red light, which means only the green light passes through.

Each of the individual beams then hits a designated LCoS micro-device. Each micro-device has a liquid crystal layer that is sandwiched between a clear thin-film transistor (TFT) and a silicon semiconductor. The colored beam passes through polarizing filters to strike the micro-device. The liquid crystals act as a control device that manages the amount of light which hits the pixilated, reflective surface of the silicon semiconductor. The more voltage a particular pixel receives, the more light it allows to pass through.

The light reflected from these micro-devices is passed through a prism which combines the light and creates a full-color image. This is directed through a projection lens that renders the image on the screen.

LCoS versus LCD and DLP Displays

This rather involved and convoluted process of displaying an image using the LCoS system is its primary drawback. As can be seen, the system requires three complex micro-devices to function effectively as well as an elaborate projection system to magnify the images it displays. Thus, the cost of an LCoS display system is higher than LCD or DLP systems.

On the other hand, experts say that LCoS systems produce better and more natural-looking image displays than their LCD or DLP counterparts. The latter, especially, has a tendency to create 'rainbow effects' (which bother some viewers) as well as visibly sharper images which is perceived as rough or coarse. LCoS displays, on the other hand, produce smoother and seemingly more refined images.

In the end, many experts concede that it is a matter of personal preference and willingness to pay the rather higher cost of LCoS systems when compared to LCD or DLP displays.

At the current time, the best LCoS projector available to consumers is the JVC DLA-RS2, which retails for under $8,000. 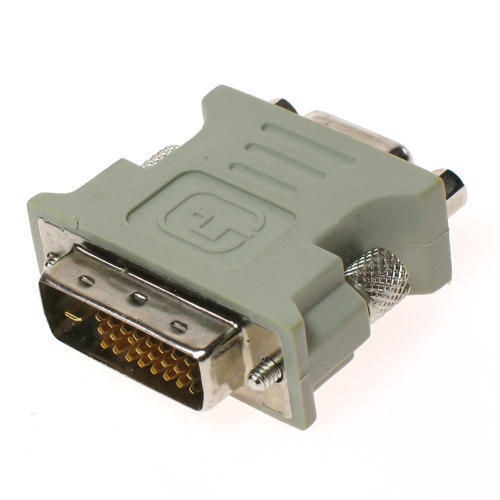 VGA (Video Graphics Array) is a hardware specification for display monitors and computers that allows ...