A touch screen is basically a display screen which can identify the occurrence and position of a touch within its own area. This usually refers to a touch or tap to the display of the gadget by a finger or hand. Touch screens can also identify added inactive objects, such as a stylus. Touch screens work by recognizing the pressure of a finger or stylus and then responding accordingly. For a touch screen to work, it needs a few basic parts. These parts, when combined together, allow the touch screen to work properly.

The first part is the touch sensor. This sensor is placed on top of the actual display screen. The sensor has an electrical current going through it, so when pressure is applied to the sensor, the voltage changes. This change is what is recognized as a touch on the screen and the screen will react. So, if you press the Internet button on your phone, the sensor will recognize the change in voltage from that area.This voltage is then passed to a controller within the touch screen. The voltage is then converted into a signal that is recognized by the small computer within the device.

There are different types of touch screens. The first is known as the resistive. This system sends a current that alters when it passes through an electrical conductive layer. The next type is a surface wave which generates ultrasound waves. These waves are absorbed and a transducer recognizes them. The third type is the best-known type and it is called capacitive. This type is used in iPhones.

The touch screen has two main characteristics; it allows you to interact with what is displayed straightforwardly on the screen, rather than indirectly with a mouse or touchpad and it lets you perform the operations without needing any other device. Such touch screen displays can be connected to computers, laptops, PDAs, cell phones etc.

Touch screen monitors are used in a variety of different applications including POS (point of sale) cash registers, PDA’s (personal digital assistants), ATM’s, car navigation screens, cell phones, gaming consoles and any other type of appliance that requires you to input and receive information.

There are many different types of touch screens available today. The most common types include Resistive, Surface Wave, Capacitive and Infrared.

A resistive touch screen display is composed of a standard glass sheet that is coated with a thin conductive and a resistive metallic sheet. These two levels are kept separated by spacers (objects positioned between two or more sheets of glass in order to retain a uniform width between the glasses and avoid sealant deformation). A scratch-resistant coating is positioned above the entire arrangement. An electrical current travels between the two layers while the monitor is being used. When a user makes contact with the display, the two layers touch each other contact in same location. The modification in the electrical current is identified and the coordinates of the touch are computed by the computer. A driver program then transforms the touch into a language which the computer can comprehend.

Surface wave touch screen monitors use ultrasonic waves to process inputs from the screen. A surface wave touch screen display is composed of two transducers (acting as receivers and senders) positioned along the X and Y axis of the display’s glass layer. Reflectors are placed on the glass layer which reflects an electrical signal propelled from one transducer to the other. The receiving transducer is capable to identify if the signal has been altered by a touch at any moment, and can trace it consequently. Ultrasonic waves flow over the touch screen, when a person touches the pad at a specific location, the wave is absorbed and immediately processed by the computer. The wave arrangement has no metallic coatings on the display, providing 100 percent light throughput and perfect picture clearness.

Although not as common as resistive touch panels, they are used in certain applications. Dust and water can damage a surface wave touch screen. 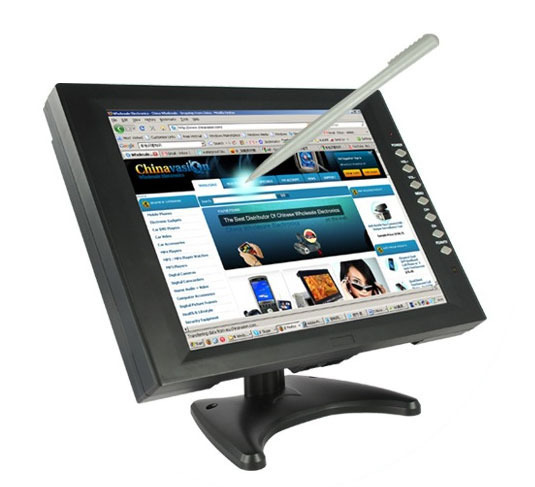 A capacitive touch screen monitor is composed of an indium tin oxide sheet that stores electrical charge and it is positioned on the glass layer of the display. Indium tin oxide provides a continuous current across the display screen. It is important to note that only specific objects can only be used on capacitive touch screen displays. You cannot use a stylus or a pencil for instance; you will have to use a bare finger. When a user makes contact with the display, a small quantity of the charge is transmitted to the user’s finger; hence the quantity of charge on the capacitive sheet reduces. This reduction is calculated in circuits situated at every corner of the display. The processor computes, from the comparative variation in charge at every corner, precisely where the touch took place and then communicates the information to the touch screen driver program. 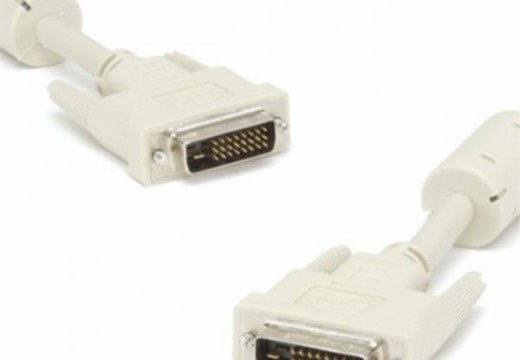