SVGA is an acronym for Super Video Graphics Array and covers a wide range of computer display standards used in the manufacture of computer monitors and screens.

The SVGA standard was designed by VESA, the Video Electronics Standards Association.

When using SVGA as a direct comparison to other display standards such as XGA (Extended Graphics Array) or VGA (Video Graphics Array) the standard resolution referred to as SVGA is 800*600 pixels.

When the SVGA standard was first defined it referred to a resolution of 800*600 4-bit pixels (total number of pixels would be 480,000) which means that each pixel could be one of 16 different colors. This definition was quickly extended to 1024*768 8-bit pixel resolution, meaning that there is a choice of 256 colors.

As technology has advanced, the number of colors has become irrelevant as it is now set by a varying analog voltage that indicates the shade of the color, meaning that a SVGA monitor is theoretically capable of displaying an unlimited number of colors. However as the internal workings of the video card are digital, this places a finite limit on the number of colors that can be displayed. For example a monitor may be capable of displaying any color from a palette of 16 million, but the video card could limit this to displaying only 256 colors simultaneously due to memory restrictions. Almost all monitors produced between the late 1990s to the early 2000s are SVGA monitors, making SVGA more of an umbrella term than a fixed standard.

When VGA was introduced the video interface between the adaptor and the monitor changed from digital to analog, giving the effectively infinite color range. Therefore color depth became largely a function of how the video adapter was constructed and not the monitor, so the same monitor connected to different video adaptors would give different performance.

So although SVGA is a widely used term, it has no specific definition in terms of resolution or bit depth. In general use, SVGA is used to describe a display capability generally somewhere between 800×600 pixels and 1024×768 pixels at color depths ranging from 8 bits (256 colors) to 16 bits (65,536 colors). 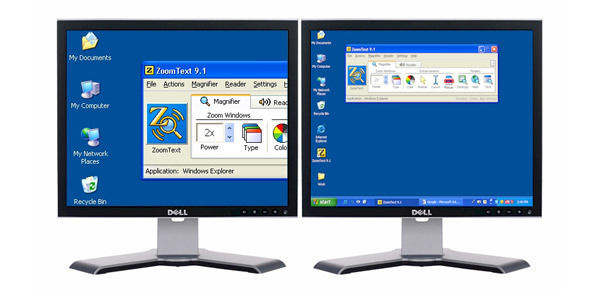