A network attack can be defined as any method, process, or means used to maliciously attempt to compromise network security.

There are a number of reasons that an individual(s) would want to attack corporate networks. The individuals performing network attacks are commonly referred to as network attackers, hackers, or crackers.

A few different types of malicious activities that network attackers and hackers perform are summarized here:

Network attacks can be classified into the following four types:

Threats to the network can be initiated from a number of different sources, hence the reason for network attacks being classified as either external or internal network attacks/threats:

With respect to network attacks, the core components that should be included when users design network security are:

The term hacking initially referred to the process of finding solutions to rather technical issues or problems. These days, hacking refers to the process whereby intruders maliciously attempt to compromise the security of corporate networks to destroy, interpret, or steal confidential data or to prevent an organization from operating.

Terminologies that refer to criminal hacking:

To access a network system, the intruder (hacker) performs a number of activities:

What are Hackers or Network Attackers?

A hacker or network attacker is someone who maliciously attacks networks, systems, computers, and applications and captures, corrupts, modifies, steals, or deletes confidential company information.

Hackers these days are classified according to the hat they wear. This concept is illustrated below:

The Common Types of Network Attacks

A virus is a malicious code that affects and infects system files. Numerous instances of the files are then recreated. Viruses usually lead to some sort of data loss and/or system failure.

There are numerous methods by which a virus can get into a system:

A few common types of viruses are:

If a virus infects a system, use the recommendations listed here:

A few methods of protecting network infrastructure against viruses are:

As mentioned previously, a virus is a malicious code that infects files on the system. A worm on the other hand is an autonomous code that spreads over a network, targeting hard drive space and processor cycles. Worms not only infect files on one system, but spread to other systems on the network. The purpose of a worm is to deplete available system resources. Hence the reason for a worm repeatedly making copies of itself. Worms basically make copies of themselves or replicate until available memory is used, bandwidth is unavailable, and legitimate network users are no longer able to access network resources or services.

There are a few worms that are sophisticated enough to corrupt files, render systems un-operational, and even steal data. These worms usually have one or numerous viral codes.

A few previously encountered worms are:

What are Trojan Horses?

A Trojan horse or Trojan is a file or e-mail attachment disguised as a friendly, legitimate file. When executed though, the file corrupts data and can even install a backdoor that hackers can utilize to access the network.

A Trojan horse differs from a virus or worm in the following ways:

A few different types of Trojan horses are listed here:

Security experts use a model known as STRIDE to classify network threats:

To protect a DHCP environment from network attacks, use the following strategies:

To protect an external DNS implementation from network attacks, use the following list of recommendations:

The security vulnerabilities of the earlier Internet Information Server (IIS) versions including IIS version 5 were continuously patched up by service packs and hotfixes available from Microsoft. Previously when IIS was installed, all services were enabled and started, all service accounts had high system rights, and permissions were assigned to the lowest levels. This basically meant that the IIS implementation was vulnerable to all sorts of attacks from hackers. Microsoft introduced the Security Lockdown Wizard in an attempt to address the security loopholes and vulnerabilities that existed in the previous versions of IIS. The Security Lockdown Wizard in IIS 6 has been included in the Web Service Extensions (WSE).

IIS is installed in lock down mode with IIS 6. The only feature immediately available is static content. Users actually need to utilize the WSE feature in the IIS Manager console tree to manually enable IIS to run applications and its features. By default, all applications and extensions are prohibited from running.

To protect IIS servers from network attacks, use the following recommendations:

To protect wireless networks from network attacks, use the following strategies:

When determining security requirements for different data types, it is often helpful to categorize data as follows:

The terminology, “incident response” refers to planned actions in response to a network attack or any similar event that affects systems, networks, and company data. An Incident Response plan is aimed at outlining the response procedures that should take place when a network is being attacked or security is being compromised.

The Incident Response plan should assist an organization with dealing with the incident in an orderly manner. Reacting to network attacks by following a planned approach that a security policy defines is the better approach.

These security policies should clearly define the following:

An Incident Response plan can be divided into the following four steps:

Before attempting to determine the existing state of a machine that is being attacked, it is recommended that users first record the information listed here: 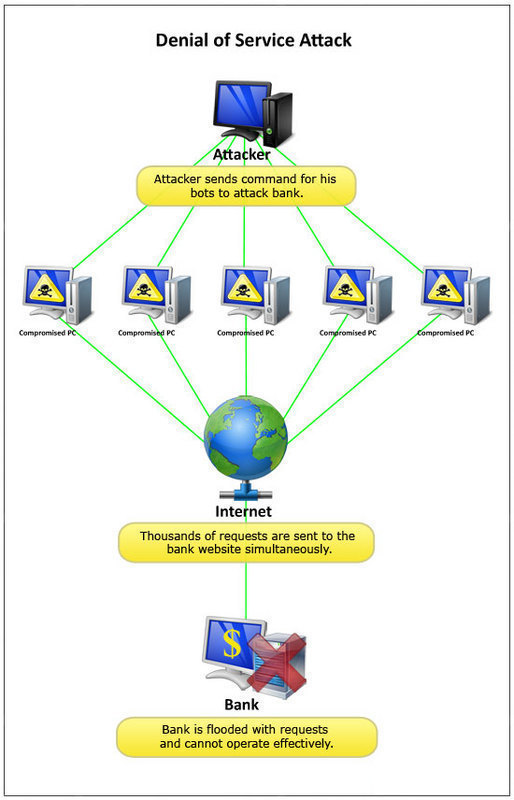