The Wii is a home video gaming console created and marketed by the influential video game company, Nintendo. Its primary market rivals are Microsoft’s Xbox and Sony’s PlayStation, and Wii is presently ahead of them in terms of sales. The Wii was first conceptualized by Nintendo in 2001, and was officially released in 2005 at the Electronic Entertainment Expo (E3).

The Nintendo Wii has a very sleek and compact look. The console’s physical dimension is 8.5″ x 6″ x 2″. It has a disc drive that can support either single or dual layer optical discs and that is backward compatible with GameCube-format discs. The Wii also has average seek times that are much faster than DVD drives.

How the Wii’s Controller Works

The key difference between Wii and its competitors is the Wii Remote, which is a wireless controller. It can be used as a handheld pointing device and motion detector in three dimensions. Users, with the help of the Wii Remote, can engage and control objects on the screen. The Wii Remote enables this sort of enhanced interaction with the recognition of gestures and pointing. This sort of gesture and pointing recognition is accomplished with the use of accelerometer and optical sensor technology.

In previous generations of gaming consoles the controllers were very similar to one another. There are the traditional joysticks and game control buttons which have to be manipulated with both hands in order to make the characters move in the game.
The Wii’s controller is radically different. It looks like an ordinary television remote control and there is no protruding joystick anywhere. The controller itself has become the Wii’s joystick. This means that if the user needs to move the character to the right part of the screen (from the user’s perspective), the user only needs to move the controller to the right.

There is a minute material made of silicon that weighs less than 1/1,000,000 grams inside the controller. This silicon material conducts electricity to nearby silicon plates. If the controller is at rest (and therefore the silicon weight is found at the exact center of the plates), the electricity conducted to the neighboring silicon plates is the same.

The change in voltage running though a particular plate becomes the basis for calculating the direction and the distance traveled by (in effect, the acceleration of) the silicon weight. The accelerometer calculates this acceleration.

After sensing the movement, the controller wirelessly sends the data to the game console. The controller’s movement is then compared to possible pre-programmed movements and translated into in-game movement.

The Advantages of the Wii User Interface

The main advantage of the Wii controller over its conventional counterparts is its ease of movement. The user need not learn any controls. He just needs to point and swing the controller to achieve the desired movement or action in the game. The controller is very precise though movements are very natural; one can virtually fish and wield a tennis racquet or a golf club. Moreover, the controller movements are translated into in-game inputs instantaneously so there’s no lag or time delay when playing. 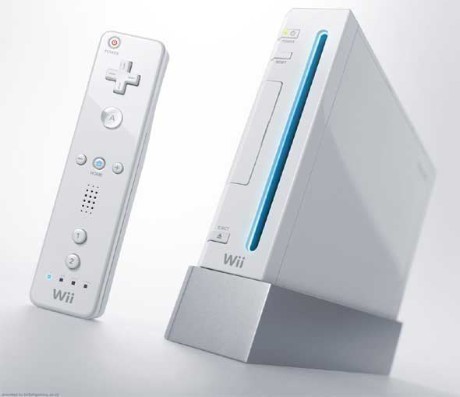 The Wii is the smallest home video game console made by Nintendo. It measures vertically 1.73 inches in width, 6.18 inches in height and 8.48 inches in depth. It is 2.7 pounds in weight, making the lightest home game console in production today. At the front, it has an optical drive that reads 12 cm Wii Optical Discs and Nintendo GameCube Game Discs. At first, the Wii was available only in the color white. It is now available in black, silver, lime green, and red.

The Wii is powered by the PowerPC based Broadway processor and also available with it is the ATI Hollywood GPU. It has 512 MB built-in flash memory and its storage can be expanded externally up to 32 GB via SD and SDHC card memory. It can support up to four Wii Remote controllers and has four Nintendo GameCube controller ports. It also has two USB 2.0 ports.

The Wii menu interface is patterned on the television channel structure. Multiple channels are displayed as a grid and can be navigated through with the help of the Wii Remote. The six key channels available with the Wii console are:

Other channels can be downloaded from the Wii Shop Channel.

The Wii console is backward compatible with all Nintendo GameCube software, and also with its memory card and controllers. It also supports wireless connectivity with the Nintendo DS, a handheld gaming console. The Wii can connect to the Internet with the help of its built-in 802.11b/g Wi-Fi or with a USB to Ethernet adaptor.

Another important feature present with the Wii is parental controls. It prevents young children from playing games that would be inappropriate for their age group. The parental control feature in Wii reads the content rating from the game data and checks with the Wii’s set age limit. If the rating is superior to the system’s age limit, it will not load the game without a correct password. 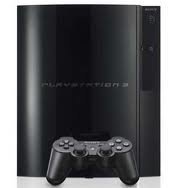