Eddy currents are also referred to as Foucault currents and are created when conductors are exposed to a changing magnetic field because of a field source’s relative motion. Their applications include induction heating and non-destructive testing. Eddy currents are continually researched in order to develop new applications.

How do Eddy Currents Work?

Who was the First Person to Observe Eddy Currents?

Eddy currents are used in many devices and applications. These include metal detectors, Eddy current brakes, induction heating, proximity sensors, traffic detection systems, and mechanical speedometers. They also detect coins in vending machines, paint defects, and safety hazards. Eddy current uses have continued to expand over the years and new uses are developed for them every year. 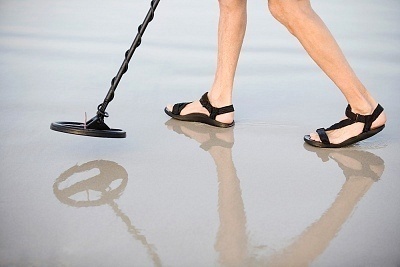 Metal detector technology has been used for a number of decades to locate various metallic ...

Magnetic Permeability is a term refers to the ability of a material to gain or ...