How Permanent Magnets Work
Permanent magnetization of a material involves its electrons and how they move around their nucleus. In most materials, electrons move in a rather spontaneous manner. In a ferromagnetic material, however, electrons align themselves and spin in the same direction while orbiting their nucleus. This produces a small magnetic field. As more electrons align themselves, the magnetic field becomes stronger. In the case of permanent magnets, electrons tend to stay aligned, unless heated above the Curie temperature and then cooled.

Advantages
Permanent magnets have several advantages that electromagnets do not. For example, permanent magnets do not require any power source and usually produce a powerful magnetic field compared to their size. Contrastingly, electromagnets must be continuously connected to a power source that may be quite large depending on the magnetic field needed.

Solid mechanics defines torsion as the twisting of an object as a result of applied ... 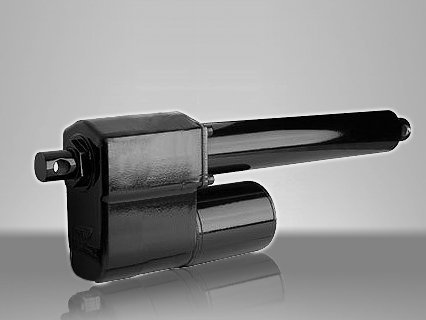 A linear actuator is a mechanical device that makes a linear motion, usually via a ...