Sound is characterised as a series of waves that move through a particular medium. A medium is some sort of a subtance–whether it be water, plasma, air, a solid, or anything else–that these waves move through. The waves cause the particles in this substance to vibrate which is how the sound is potentially heard. A medium is absolutely necessary for sound to travel. Without it, there is no sound. In other words, sound cannot travel in a vacuum.

Before sound can travel, it needs to be created. For this to happen, there needs to be something that can vibrate which will result in the creation of waves. The vocal chords, for example, vibrate every time someone talks. Based on the pitch determines how the vocal chords vibrate. When they vibrate, they are sent up through the mouth and out. So, the wider you open your mouth, the louder the sound. This is the same as for most things. The bigger the hole, the more sound that can come out.

When the sound leaves the mouth, it leaves in the form of waves. These waves cause the particles of the air, for example, to vibrate. Sound waves move through the air at 343m/s at room temperature. Depending on the temperature determines the speed. Another thing that can increase or decrease the speed in which sound travels is density. If a medium is incredibly dense, the sound travels slower.

Once these waves hit the receiver–in the case of this example, the ear–they vibrate on the receiver. The ear drum vibrats for the sake of humans and this transmits the sound to the nerve that then sends an impulse to the brain to be interpreted. However, in other circumstances, the receiver vibrates as the sound comes in and that is the receiving. For a microphone, it detects the sound and then converts it into electrical signals that are transmitted to amplifiers.

Sound travels by creating waves in a medium. When those waves hit a receiver, depending on the type, it can convert it into a signal or electricity.

In a regular oven, a thin layer of air insulates food from the heat beneath ... 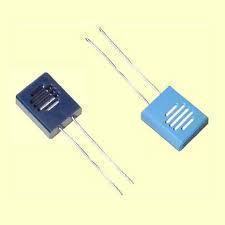