A domain is a collection of computers and resources that share a common security database, in this case, the Active Directory database. Computers in the domain also have a common namespace. A namespace is the hierarchical grouping of service and object names that are stored in Active Directory and DNS. Active Directory and DNS namespaces have to be the same. This is a Microsoft requirement. A domain can also be considered a security boundary because you can create and manage related resources within a domain and then exercise administrative control and implement security. You define security policies such as account lockout policy and password policy on a domain basis. Administrative rights granted in one domain are therefore only valid within that particular domain. Active Directory domains contain a logical partition of users, groups, computers and other objects within the environment. All network objects exist in a domain. Each domain only stores information on the particular objects that it contains. A domain is actually the core logical structure in Active Directory. In addition to domains, there are other logical components in Active Directory. These are domain trees, organizational units (OUs), and forests. Components that are considered physical structures are domain controllers, and sites. 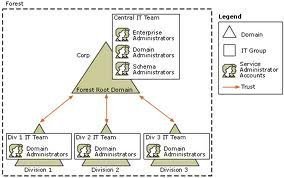 A forest on the other hand is the grouping of one or more domain trees. Trees in a forest have the naming structures of their associated domains. Domains in a forest are linked by two-way transitive trusts. Domains in a forest share a common global catalog and schema. When you install the first domain, it becomes the forest root domain. The root domain contains specific objects and services including the Schema Master role, Domain Naming Master role, and the Enterprise Admins and Schema Admins groups. Because of the importance of the root domain, you should implement fault tolerance and perform regular backups.

A few important forest-wide features introduced with Windows Server 2003 are listed below.

A few factors that you should include or consider when planning the design of the forest are discussed in the following section:

Advantages of a single forest model:

Disadvantages of a single forest model:

Advantages of a multiple forest model:

Disadvantages of a multiple forest model:

The factors that typically affect the domain design are summarized below:

When a single domain is deployed within one forest, the domain contains the following:

A single doman forest offers a few advantages such as low design, hardware and administrative costs. However, a main disadvantage of a single domain forest is that you basically have to rebuild the domain if you want to rename it – changing a single domain forest is an intricate process! Another key disadvantage is that all objects are replicated to all domain controllers. This typically leads to replication generating significant volumes of traffic.

You usually create multiple domains in your Active Directory environment because of the following reasons:

Before creating multiple domains, you should consider the following points:

When you create the first domain in a forest, that domain becomes the root domain. The root domain has many unique components and features that the remainder of the domains added to the same forest do not have. The root domain is the only domain that contains the following groups and roles: 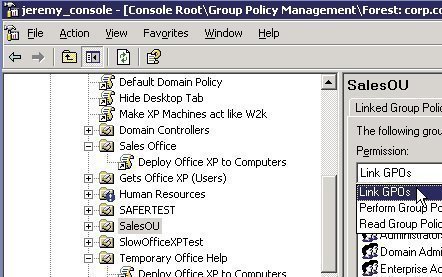 On Overview on Group Policy Before you can consider to even begin planning a Group ... 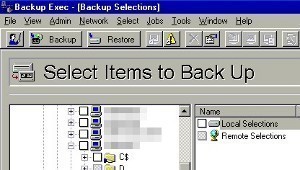 How to Backup Active Directory