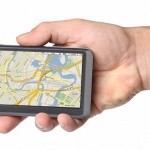 GPS stands for Global Positioning System.  It refers to a system of satellites that constantly transmit a signal, and a GPS terminal that picks up those signals and calculates its position on Earth by measuring the distance between itself and two or more GPS satellites (by measuring the time it takes to receive the signals).

How to Use GPS

GPS operates using trilateration. Trilateration is the process of determining the position of an unknown point by measuring the lengths of the sides of an imaginary triangle between the unknown point and two or more known points.

In the GPS system, the two known points are provided by two GPS satellites. These satellites constantly transmit an identifying signal.

The formula for this is:

Velocity of the GPS signal is the speed of light, approximately 300,000 Km/s. 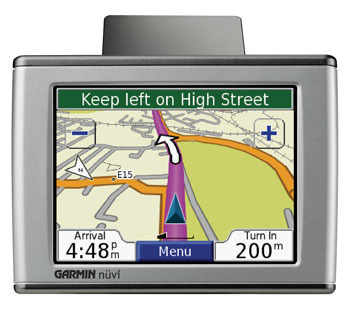 First and foremost, a GPS-enabled device like a navigator or a smartphone with a GPS terminal inside it can tell you where exactly you are. There are vast databases of pre-recorded locations of various places on Earth. Your device has access to this database it is able to tell you how to get to any of these specific locations.

The most basic and most common use of GPS is to navigate you from where you are to where you want to go. There are all kinds of navigator devices you can use for this purpose. Some are handheld, useful if you go somewhere without a vehicle (like hiking, mountain climbing etc.). Others are designed for cars and other vehicles to guide you to your destination by telling you which turns to take.

Just about all smartphones today have GPS terminals built in, so a smartphone is the only device you might need if you want a navigation system. Mobile applications like Google Maps use GPS data to guide you to your destination.

To get a navigator or a navigation app to guide you to your destination, you have to make sure GPS is enabled and receiving signal. If it is, it will show you your correct current location. Select your destination and let the program tell you where to go.

Various navigator devices and apps have various different features. Some in-car navigators can read their navigation instructions out loud, sometimes even in different languages, so you don’t have to look at the screen while driving. Those with speech recognition allow you to tell it where you want to go without typing it in. Some offer bluetooth integration with your mobile phone to display a caller ID on its screen and allow you to use its microphone and speakers to have a hands-free phone conversation.

Since GPS location information can be recorded, it is possible to track someone’s  movements on the map. In this case, the device simply records the location in time increments and displays these locations on a map. 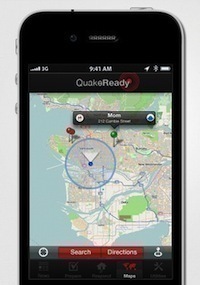 Parents can have their children tracked in this way (though it is not advisable to track them without their knowledge). A parent would install a special app that sends location data to an online service where they can log in and see where their children are. Families and friends can also use GPS to ensure they don’t lose each other on trips and travels to foreign places.

You can even track animals, such as your pets or livestock, by attaching a tracking device on them that will transmit their location to your base station or an online service through a mobile internet connection.

Finally, companies can use GPS tracking devices to track the movements of specific products or company vehicles. Individuals can also track their valuable luggage when traveling.

GPS was originally developed for the U.S. military, but is now provided as a public service for people all over the world by the U.S. government.

GPS was developed by the U.S. military to help soldiers locate their positions. Civilian access to the GPS system was guaranteed by President Reagan as a response to the Soviet Union’s shooting down of Korean Airline Flight KAL-007. President Reagan hoped that GPS technology would help to prevent such a tragedy from happening again.

The GPS system is divided into three segments:

GPS satellites orbit the earth at an altitude of approximately 20,200Km.

Each GPS satellite has an orbital period of 11 hours and 58 minutes. This means that each GPS satellite orbits the Earth twice each day. Highly accurate atomic clocks are installed on these satellites, operating at a fundamental frequency of 10.23MHz each. With the help of these clocks, signals are generated from the satellite, to be broadcast to the Earth.

The Control Segment is comprised of a master control station, 5 monitor stations and 4 ground antennas. All of these are strategically located along the Equator.

Key Functions of the Control Segment

The Control Segment keeps track of the orbiting position of the GPS satellites, calibrating and synchronizing their clocks.

Communications with the space segment are conducted through ground antennas in the Ascension Islands, Diego Garcia, and Kwajalein. The satellite signals are read here and the measurements sent to the Master Control Station in Colorado. The signals are processed there to determine any errors, and sent back to the four monitor stations with ground antennas, after which the information is uploaded back to the satellites.