GPS, which stands for Global Positioning System, is a satellite navigation system that can ascertain the latitude and longitude of a GPS receiver device on the Earth.  The GPS consists of more than two dozen global positioning satellites orbiting the earth. Each satellite transmits radio signals, which can help determine the location, speed and direction of travel of users equipped with GPS receivers. To ensure that the whole world is covered by the constellation of the GPS satellites, they are so arranged that four satellites are positioned in each of six orbital planes.

GPS tracking depends on the same principle that all other forms of location tracking depend on: triangulation. Triangulation refers to the practice of using three or more sensors, which are GPS satellites in the case of GPS tracking, to measure an object’s distance from each of the sensors and calculate the object’s relative position based on each of the sensor’s location.

A GPS tracking unit can determine the precise location of any individual or vehicle carrying the GPS receiver, which can be a dedicated GPS receiver unit, a smartphone, or any other device that is equipped with GPS technology.

The location of the object or individual being tracked is often recorded at regular intervals. Recording of an object can take place within the GPS receiver unit, or can be transmitted to a central location such as a database, where it can be accessed either via mobile technology or over the internet. GPS tracking systems can typically be viewed in real-time and have a map in the background to display the current location of an object.

GPS tracking units are divided into three categories, based on the techniques of data logging and retrieval.

A GPS data logger logs the position of the object at regular intervals and stores the information in flash-based memory. Data on the memory can be retrieved or transferred to other stores with the help of available USB connectivity. Such devices are suitable for long distance hikers and cycling enthusiasts, who can make use of the logging facility to chalk out future routes to be followed.

The GPS data pushers are popular for security purposes. This unit sends data from the device to a central database at regular intervals, updating information on location, direction, speed and distance.

Such devices are suited for monitoring fleets of trucks and delivery vehicles. Vehicles can be located instantly in order to carry out effective supervision and prevent theft.

Since it is easy to track movements of individuals or vehicles carrying valuable items, GPS data pushers are often used for spying.

A GPS data puller allows the user to ‘pull’ data from the receiver as frequently as needed. The device remains on at all times. Though it is not as commonly used as the pusher device, it is particularly useful for tracing stolen goods. A mobile phone with integrated GPS can reply to an SMS from the data puller. This technology finds use in situations where tracking is required to be done only rarely.

GPS tracking can be used for a wide variety of applications, but are most commonly used for navigation, loss prevention, and identification. 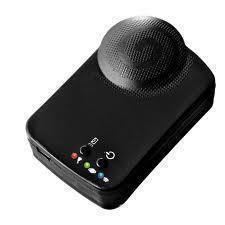 As well as navigation and loss prevention, GPS tracking units can be used to identify a user who is accessing a specific system or entering a specific area. For example, a user may have a GPS tracking unit installed in his/her doorway and use a remote GPS identifier to allow an authorized individual to enter the building without sounding an alarm. However, if an individual enters the building without a GPS identifier, the alarm will sound and law enforcement may be called.

GPS is only able to identify an object’s location within several meters of its exact location. While this is not a concern for tracking an object on a large scale, GPS tracking is not reliable for small scale applications such as identifying an object’s exact location within an office building or warehouse. However, RFID is ideal for these applications and can work in conjunction with GPS tracking equipment.

In combination with certain applications GPS tracking can also cause privacy concerns on the part of those being tracked. For example, some smartphone applications could send location information to their developers, the carrier or the manufacturer of the device. The extent of the concern will depend on how anonymous the location data is deemed to be, and for what purpose is the data being collected.

The subject of GPS tracking has been hotly debated, because of the potential breaches of privacy.

There are not many counter measures that can be taken to guard against unwanted GPS tracking. One possible counter measure is jamming the GPS signal; however, this is illegal in many countries, because of the possibility of affecting a wide range of signals that might be legitimately used, as those used by aircraft. Another counter measure is to use a device that can ascertain when radio signals are being sent or if a GPS device is present on a person or asset. However, most cell phones and other consumer electronics usually include controls to disable the function of GPS tracking.