DirecTV has become one of the most subscribed-to satellite television services in the United States since its initial launch on June 17th, 1994. The DirecTV service provides both digital satellite TV and audio to subscribers located in both the United States and Central America. The primary competitors to DirecTV include major cable TV providers and the Dish Network. By the end of calendar year 2012, DirecTV boasted a subscriber base of more than 35.5 million consumers.

What Services are offered by DirecTV?

DirecTV focuses on providing both TV and audio programming services through satellite transmission. These offerings include a number of local TV stations, broadcast networks, satellite radio, private video, and subscription TV services. Even the most basic subscription package includes access to hundreds of channels of content with the DirecTV service.

The majority of DirecTV subscribers use a reception antenna that is significantly smaller than first generation satellite antennas that would require significant space for installation in one’s backyard. Advances in modern antenna technology have allowed DirecTV antennas to be significantly reduced in size to the point they are measured in feet now vice meters. These advances have allowed services to be offered to apartment buildings and other locations that were not feasible for installing satellite TV service before.

When purchasing a DirecTV subscription, there are a number of TV packages made available to enjoy based on a monthly fee rating scale. Additionally, consumers are able to pay additional fees for an HD receiver (DVR capable), HD channels, and other premium programming. The majority of DirecTV packages allow the client to order video on demand and pay-per-view services online and using the service’s remote control. DirecTV obtains programming by contracting with sports leagues, event promoters, cable networks, motion picture distributors, and other programming distributors to distribute their programming to the subscribers of the service. At the time of this writing, all DirecTV programming is sent to the company’s broadcast centers that are located in Los Angeles and Castle Rock, Colorado. Once received at the facility, the programming is digitized and compressed. The signal is then encrypted to prevent unauthorized reception by consumers who do not have an active subscription with the service. 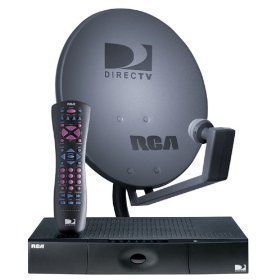 Beyond serving more than 20 million U.S. and 10 million Latin America subscribers, DirecTV also provides service to businesses. The DirecTV for Business service is available for use in hotels, college dorms, restaurants, and hospitals. Other new services provided by the company include DirecTV Mobile (for RVs), DirectTV Airborne (for airplanes), and mobile service for cars.

In the same timeframe, Stanley S. Hubbard founded the United States Satellite Broadcasting (USSB) company in 1981. The company was given or awarded the rights to five frequencies by the U.S. FCC at the 101 degree west location for satellites. The FCC also awarded Hughes Communications, Inc. 27 frequencies at the 101 degree location. It would take several years after these frequency awards for the MPEG-2 standard to be developed that would allow more than one digital TV channel to send transmitted over each satellite frequency.

Hughes attempted to enter a joint venture with Cablevision, News Corp, and NBC in 1990 to launch Sky Cable; however, the effort fell through. The company started the DirecTV division at this point and created a new agreement with USSB to create, build, and launch a high-power broadcast satellite system. Hughes then entered into an agreement with RCA (Thomson Consumer Electronics) to help create the digital satellite system for the television service. This service had to be capable of supporting up to 176 channels on an 18 inch dish. The DirecTV dishes made use of a newer generation of technology based on technology leveraged in the Global Broadcast System. Hughes was given the contract to launch the new satellites and both USSB and DirecTv agreed to carry two different services on the satellites (DirecTV and USSB).

In the summer of 1994, both the DirecTV and USSB programming services were launched with Matrixx Marketing in charge of customer care, DBS Systems the billing software, and Digital Equipment Corporation the hardware for the new DirecTV service. Four years later, DirecTV acquired USSB for $1.3 billion USD and combined the two services. The following year, the company acquired PrimeStar for $1.83 billion USD which resulted in a significant increase in the company’s U.S. market share.

At the same time, Hughes would go on to purchase PanAmSat for $3 billion USD in 1997 and sell off many of his subsidiary companies. By 2000, DirecTV, PanAmSat, and Hughes Network Systems were the last remaining companies under the Hughes Electronics umbrella.

In the early fall of 2000, GM management pushed Hughes executives to seek out buyers of the company. In early 2001, News Corporation commenced negotiations to purchase Hughes Electronics for $8 billion that would allow the company to expand its existing Sky Global Networks satellite TV operations into the United States market. These negotiations failed, and Hughes then entered into an agreement with with EchoStar (owner of Dish Network) to purchase the company for $26 billion USD. Ultimately the U.S. Department of Justice and the FCC put the proposed deal under a significant amount of scrutiny due to antitrust concerns. As a result, the merger agreement was removed in December of 2002.

In April of 2003, News Corp entered into an agreement to buy a 34% controlling interest in Hughes for $6.6 billion. This included the entire portion of GM’s share of the company, but was subject to approval by the U.S. SEC. The deal was approved by the SEC on December 19th, 2003 on a 3-2 vote with several conditions which included: News Corp agreeing to arbitration for all disputes with carriers of media broadcasts and to ensure content was provided neutrally to DirecTV instead of favoring its own network.

Moving into 2004, Hughes announced the company’s intention to focus on solely satellite TV operations and to divest itself of all other interests. On March 16th, 2004, the company was renamed to The DirecTV Group, Inc and the stock symbol changed to DTV. The controlling interest in PanAmSat was sold in April of that year for $3.53 billion to a private consortium and on April 22nd, 2005 Hughes Network Solutions was spun off into a fully separate company and 50% of the new company was sold to SkyTerra. The remaining 50% of Hughes Network Solutions was sold to SkyTerra for $100 million.

DirecTV would abandon the Mexican TV market in 2004; however maintained ownership of Sky Mexico. In November of 2005, the company ceased carrying Music Choice audio channels and replaced them with 73 channels of XM Radio. Two years later, the company would also abandon the Brazilian market with the existing customer base being shifted to the SKY Brasil DirecTV owned affiliate. In 2010, DirecTV would increase the company’s stake in Sky Brasil to 93%.

In February of 2010, DirecTV dropped the Sirius XM Radio stations on its channel lineup and replaced them with Sonic Tap audio. In April of 2011, the company announced the renaming/rebranding of the three FSN Channels as “Root Sports” although they remain affiliated with FSN. In March of 2013, DirecTV dropped its Game Lounge service that allowed consumers to play games on their TVs. The service had been provided since 2005.

How Does DirecTV Work?

The DirecTV service is well known in the United States for the small, oval satellite dish that is used to receive media transmissions from the service’s six high-powered satellites in orbit around the equator. Each of the DirecTV satellites has a number of transponders that help relay the service’s signals from either of the company’s broadcasting stations (Los Angeles, CA and Castle Rock, CO). These stations receive their pre-recorded content from the hundreds of content providers under contract with DirecTV. The content is digitized and then encrypted before being uplinked for immediate broadcasting by the company.

How Does DirecTV Transmission Work?

There are a number of pre-recorded shows that are shown on the DirecTV network. When the company receives these shows, they have to first be screened and then digitized to meet the requirements for DirecTV transmission standards. The shows are then stored and sent via MPEG-2 or MPEG-4 format to one of the six geosynchronous orbiting satellites located above the Earth’s equator. These satellites send the television transmissions to the consumer’s satellite dish. On reception, the dish routes the signal to the DirecTV receiver which decodes the encryption and makes the programming available for viewing.

How Does DirecTV Reception Work?

DirecTV makes use of a satellite dish, an integrated receiver / decoder (IRD), and a remote control. The dish used for DirecTV is able to receive signals from any of the DirecTV satellites located in orbit around the equator. The receiver that is used for the service is able to separate all of the channels that are part of the service, decode, and decompress them in order for a television set to display the programming. To provide an interactive interface with the IRD, the specialized DirecTV remote control is able to provide an interactive interface with the receiver to provide multiple functions to include interactive program manipulation. Over the past decade, DirecTV has significantly increased the number of HD channels available to view on HD capable receivers in the home.

How to Signup for DirecTV?

Step 1 – Prior to signing up for DirecTV service, make a listing of specific channels that are important to be included in your TV programming package. This listing should be as specific as possible.
Step 2 – Visit the DirecTV website and view the available programming packages offered by the service. Click the “View Packages” menu link to see the TV channels available under each available package. Alternatively, DirecTV provides the option for consumers to build their own package from available TV bundles.
Step 3 – Choose the DirecTV package that meets your programming needs. The packages vary by total number of channels offered and number of channels available in HD (high definition). Additionally, you will need to select whether or not you desire a DVR (digital video recorder) service with the package to allow you to record and watch TV shows at a later time.
Step 4 – Analyze the terms and conditions included in the DirecTV contract before finalizing the contract. In the past, DirecTV has offered contracts at reduced pricing in exchange for signing up for an extended contract. If selecting a special offer, ensure you pay attention to these terms and any early termination fees that are required.
Step 5 – Click the “Check Out” menu option on the DirecTV website or call the company’s toll-free phone number to order the DirecTV package. If this is the first time that you have ordered satellite TV service, it may prove more helpful to speak to a customer service representative on the phone to help answer your questions prior to ordering the service.
Step 6 – Select a payment method for the DirecTV package. The most common method for payment by U.S. customers is to use a debit or credit card for the first month’s bill.
Step 7 – Select a date and timeframe for the DirecTV installation in your home, apartment, or business and complete the transaction. 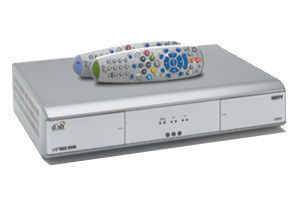 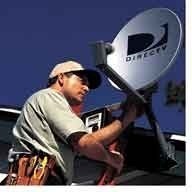