The 110W orbital location features the EchoStar VI Loral FS-1300 satellite that was launched on July 14, 2000 and the EchoStar VIII Loral FS-1300 that was launched on August 21, 2002, both of which connect to 32 Ku transponders. When Dish Network released the Dish 500 satellite receiver, they created the 110W location in order to provide subscribers with channels that were not yet available from the 119W location. Generally, whenever a subscriber purchases Pay-Per-View channels or additional packages that were not included in his/her original channel package, the user is connecting to the 110W location. 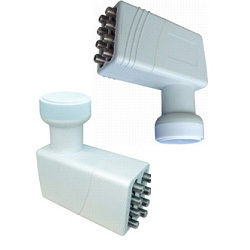