A spot beam is a beam of radio signals that is directed towards a specific area on the Earth’s surface. Spot beams are the opposite of broad beams, which are beams that are directed towards a large area of the Earth’s surface. While broad beams are used for general telecommunication and surveillance, spot beams are used for magnified views of the Earth and are ideal for targeting purposes and close-up surveillance of specific areas. Spot beams are also used in telecommunications for direct links between a specific satellite and a specific transponder.

A spot beam is produced in the same way that a broad beam is, but is focused at a specific area of the Earth’s surface. A spot beam begins as an electrical signal that is converted into a radio frequency by means of a dipole, which is simply two intersecting antennas that vibrate when a current is passed through it. This vibration produces a radio frequency that can then be focused with the aid of a cone or dish. While a broad beam is produced by a dish that is focused outward, a spot beam is produced by a dish that is angled inward.

Spot beams are used for a wide variety of applications, such as unit-specific GPS navigation and satellite-to-ground synchronization as well as regular uplinks and downlinks between a satellite and a specific transponder. While some satellites are able to change the angle of their dish in order to create both spot beams and broad beams, most satellites are only capable of producing one or the other.

Spot beams are advantageous because they allow orbital satellites to target a specific ground-based unit. This limits the opportunity for third-party systems to intercept the data and minimizes the amount of power that is necessary to transmit the data. 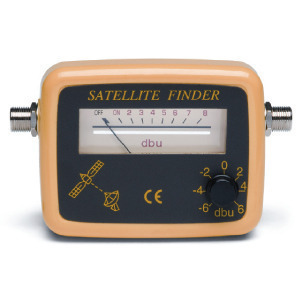