More properly known as the Bayonet Neill-Concelman connector, the BNC connector is one of several radio frequency connectors on the market today. The name of the connector is derived from a combination of two things: 1) the connecting technology employed; and 2) the names of the two inventors of the device. Paul Neill of Bell Labs and Carl Concelman sought to develop a connector that would employ a bayonet mount mechanism for locking. Building on the research of Octavio M. Salati, the two men perfected an earlier design and created this small connector that has been used for a number of applications over the last several decades.

What does the BNC Connector do?

How can a BNC Connector be Used?

Many types of electronic test equipment components are configured for the BNC connector. Aviation equipment also frequently employs the use of BNC connectors as well. A third application is with amateur radio antenna connections, making it a popular option with ham radio operators.

Early in the development of consumer-based access to the Internet, the BNC connector was used with Ethernet networks. This application has mainly fallen out of favor, since modern Ethernet network components tend to use a construction that does not include coaxial cables.

Other Names for the BNC Connector

How to Crimp a BNC Connector 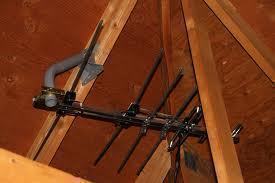 Satellite radio refers to a number of subscription-based radio broadcasting programs that are available in ...