The SMA (SubMiniature Type A) connector is a type of the radio frequency connector developed in the 1960s to make it easier to connect coaxial cables. Using a screw-type design instead of the common ‘push-pull’ system, the SMA connector allows for a quick connection; and can be used in both alternating and direct current applications. Just like BNC connectors, SMA connectors find use in video and Ethernet applications.

The 905 type has a straight connector, while the 906 type has connector with one end smaller, so that two connectors can be joined with the help of a coupler.

Often constructed with stainless steel or brass, the SMA connector utilizes a 0.250×36 thread, with the male connector including a .312 hex nut.

Ratings for the SMA Connector

The average SMA connector is rated with a mode free operation that may range from DC to 18 GHz. However, there are some customized versions of the SMA connector that will rate as high as 26.5 GHz. While there are adapters that will increase the rating, it is generally not recommended to utilize an SMA connector for anything above the 26.5 GHz for more than a short period of time, since this can shorten the life of the connector.

How to Make a Connection with an SMA Connector

Excessive force can damage the SMA connector during the connection process. Typically, it is a good idea to use wrench that will fit snugly around the nut, but is not likely to crush the nut in the turning process. While tightening the nut, it is a good idea to make sure the rest of the connector is not rotating as well. This rotation can cause wear and tear and shorten its life.

Any debris in the body of the connector should be cleared to allow for a good quality connection. If the SMA connector is handled properly, it should last for more than five hundred couplings. 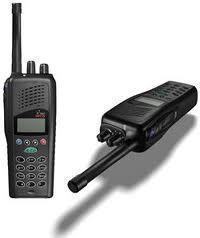 Traditional radio equipment works because all parties involved in the communication agree on what frequencies ...