In order to deter theft, the majority of major automobile manufacturers implement a car radio security code. When the car stereo is removed from a vehicle, the device will not be usable until the unlock or security code is entered by the car owner or authorized repair facility. Unfortunately, some models of cars and trucks will require the security code to be entered by the consumer when the battery is disconnected for routine maintenance of the vehicle.

Locating a Car Radio Security Code before You Need It

The best time to obtain a car radio security code is before removing the unit from a car or truck or conducting maintenance that requires the battery to be disconnected. Taking this approach will minimize frustration encountered when getting locked out from using a car stereo as well as possibly save money on unlocking the radio depending on the manufacturer and area of the world the vehicle is being used.

Step 1 – Locate your automobile owner’s manual and look for the section that contains guidance for the radio. A number of instruction manuals will include the radio security code within the manual in the stereo section or on the inside cover on a sticker.

Step 2 – If the manual does not include the code, look in the automobile’s glove box for a radio code sticker or card. Occasionally some automobile manufacturers will place the code in this location.

Step 3 – The next option is to remove the stereo to write down the serial number of the unit to request the security code from the car manufacturer. To do so, first remove the faceplate located around the car radio. For many car models, you can accomplish this by sliding a flat object or screwdriver around the plate and gently pull or pry it out. Some models may also have clips holding the plate in-place or require that it be slid to the side or downward to remove. Next, pull or slide the car radio out just far enough to read the label normally located on top of the stereo. The serial and model numbers of the device will be visible to write down. Then, write down the VIN number of the automobile (located on the driver’s side of the front window of the car as well as on the side of the driver’s side door). Finally, take this information in to the local dealer for the car’s service shop or call the manufacturer directly to request the car security code. Alternatively, you can call the radio manufacturer retrieve the code with the same information.

Kenwood is one of the most popular brands of car stereo sold in the United States. Similar to other major car radio manufacturers, Kenwood implements a four digit security code to help deter theft of the devices. If a stereo has been removed from an automobile that it is installed, it will require entry of the code in order to function again. Entry of the code is also required for legitimate owners of the stereos who may have bought the unit second-hand, or simply forgotten to write down or ask for the code on the initial purchase of the stereo.

A number of Kenwood stereos are sold which use the same security code. Some of the most commonly encountered codes are:
1234 – Not a factory default, but a commonly found security code when attempting to figure out the code for a Kenwood radio purchased second or third-hand.

3051 – Security code included in a number of Kenwood radio manuals.
KCAR – A common Kenwood model security code that has been found to work across a number of models of the stereo.

How to Enter Letters using a Kenwood Radio Remote Control?

Sometimes the simple tasks are what make it challenging for automobile owners to enter a car stereo security code. For Kenwood radios, it may be necessary for car owners to enter letters with the remote control of the stereo.

Step 1 – Press a button once for the first letter, twice for the subsequent letter, and so forth.
Step 2 – Click or press the “Next Track” or “Track Up” keys to send the letter to the car stereo. For example, to send the letter B, press the “2” key twice followed by pressing the  “Track Up” button.
Step 3 – Hold the “Track Up” button for at least three seconds once all of the security code letters have been sent to the car stereo. If successful, the stereo will enter “Tuner” mode once the correct security code has been transmitted.

How to Enter a Kenwood Radio Security Code

Unfortunately for many automobile owners, if one’s automobile battery is disconnected, many Kenwood models will require the radio’s security code be entered before the device will work again. The specific procedure for entering the code will vary based on the model of stereo. The following are some of the more common security code entry procedures for Kenwood stereos:

Kenwood Type 1 Radios
Step 1 – Ensure the radio is in code request mode.
Step 2 – Press the “DISP” key on the device and at the same time push and hold the volume up or down key for at least three seconds. You will see “…” displayed on the Kenwood radio.
Step 3 – Input the security code for the radio using the remote control for the device.
Kenwood Type 2 Radios
Step 1 – Make sure the radio is in the security code request mode.
Step 2 – Depress the “Auto” and “Track up” buttons on the radio at the same time.
Step 3 – Wait until you see four dashed lines on the face of the radio.
Step 4 – Input the car radio security code using the Kenwood remote control.

Kenwood Type 3 Radios
Kenwood Type 3 radios consist of the model numbers DPX-4020 and 4030.
Step 1 – Ensure the radio is in the security code request mode.
Step 2 – Press and hold the “1” and then the “6” preset keys on the device.
Step 3 – Hold these keys until the Kenwood radio displays the letter “C.”
Step 4 – Input the car radio security code using the Kenwood remote control.

Some models of Kenwood stereos have been found to contain a security code handling bug. If a model has this bug, the third digit of the security code will be decremented by one. So, if you are having issues entering the code in a Kenwood stereo model, try decrementing the code by one number to see if the stereo is impacted by the error. For example, if the stereo’s security code is 7777, the modified code for taking the security flaw into account would be 7767. If the code is 2222, then the modified code would be 2212.

Many Kenwood stereos have the ability to play video in the automobile. Unfortunately, some consumers will encounter a video locking of the device. The following are steps to take to unlock the device if you do not know the appropriate security code:

Kenwood Models with Up / Down Volume Control Buttons

If your Kenwood stereo has “Up / Down” volume control buttons, then the following steps may be able to help you unlock the car radio security code:

Honda makes it a little more straight-forward to retrieve car radio security codes than other automobile manufacturers. Note, these steps work for stock stereos that were installed in Honda automobiles at the time of sale and for models installed after purchase at an authorized dealer.

Step 1 – Collect the following information which will be required to retrieve the car radio security code from Honda: automobile VIN number, radio serial number, and the phone number and ZIP code that match the information stored on file with Honda.
Step 2 – Open your computer’s web browser and navigate to the Honda security code website during the hours of 0400 to 9PM (PST) Monday through Friday, 0400 to 6:30 PM (PST) on Saturdays, and 0400 to 9PM on Sundays.
Step 3– Enter the required information on the security code website (VIN, Zip code, phone number, radio serial number, and email address before clicking the “Submit” menu button.
Step 4 – Wait for Honda to validate the ownership information for the automobile and car stereo. Once validated, the security code will be provided to the end-user to unlock the stereo.

How to Enter a Honda Anti-Theft Radio Code?

Entering the security code for a Honda radio is slightly different than the procedures for Kenwood stereos. These steps are those to use once you have successfully retrieved the stereo’s security code from the automobile’s user’s manual or from the manufacturer’s website.

Step 1 – Turn on the Honda radio console by pressing the “Power” button. For most cars, this will require you to have the ignition switch turned to the “On” position or for the car to be started.
Step 2 – Wait until you see the word “CODE” displayed on the Honda radio’s display screen.
Step 3 – Enter the radio’s security code on the device’s number pad. If entered successfully the radio will reset itself and work normally.

Similar to Honda vehicles, many Toyotas also ship with anti-theft devices or mechanisms for the installed stereo. If the radio is removed or battery disconnected, the anti-theft unlock code must be entered in order for the device to work properly. The following are the steps to take if you have the Toyota security code but need to know how to enter it.

A common problem that happens with owners of Toyota vehicles is taking the vehicle in for repairs and the car stereo getting locked out. The following are instructions that have been proven to help owners of Toyota stereos with part numbers: PZQ60-12010, PZQ60-00021, PZQ60-0002 and PZQ60-52010 unlock their radio. Before trying out the steps, realize that most Toyota radios will only allow 10 attempts to enter a security code. This number will be displayed after the “Err” code on an incorrect entry. After 10 tries, “HELP” will be displayed on the car stereo window and require dealer assistance to correct.

Step 1 – Set the car ignition switch to the “ACC” position.
Step 2- Press and hold the “Seek” button and then press the “1” button. You will see “_ _ _ “ displayed on the car stereo window.
Step 3 – Enter the Toyota pin numbers by pushing the number “1” button for the first digit, the “2” button for the second, and “3” for the third. Every time the button is pressed the number of the digit is incremented. When complete, you will need to push the “Scan” button to save the entry. If you do not know what pin number to enter, some of the common Toyota default security codes include:

– The final or last three digits on the VIN number. (Most common)
– First three numbers of the Toyota dealer’s code
– Final three digits of the chassis number 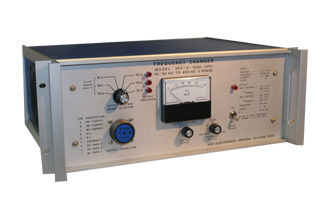