Pulse position modulation is a signal modulation technique that allows computers to share data by measuring the time each data packet takes to reach the computer. It is often used in optical communication, such as fiber optics, in which there is little multi-pathway interference. Pulse position modulation exclusively transfers digital signals and cannot be used with analog systems. It transfers simple data and is not effective at transferring files.

Pulse position modulation works by sending electrical, electromagnetic, or optical pulses to a computer or other device in order to communicate simple data. It requires both devices to be synchronized to the same clock so that when a series of pulses is sent, the device decodes the information based on when the pulses were broadcasted. Alternately, another form of pulse position modulation known as differential pulse position modulation, allows all signals to be encoded based on the difference between broadcast times. This means that a receiving device only has to observe the difference in arrival times in order to decode a transmission.

Pulse position modulation has many purposes, especially in RF (Radio Frequency) communications. For example, pulse position modulation is used in remote controlled aircraft, cars, boats, and other vehicles and is responsible for conveying a transmitter’s controls to a receiver. Each pulse’s position may describe an analogue controller’s physical direction, while the number of pulses may describe the number of possible commands that the device may receive. 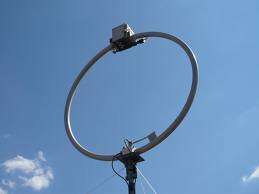 What is a Loop Antenna?

A loop antenna is one that is designed to receive radio signals more efficiently than ...