Cutoff frequency (corner or break frequency) is commonly used in the physics and electrical engineering fields. This frequency causes a device to stop operating in an efficient manner, resulting in it shutting down or being cut off. More technically, the cutoff frequency reduces energy flow through the device and prevents it from working as designed. That is to say, insufficient power prevents the device from operating efficiently.

Cutoff frequency is most commonly applied in the communications field. The phenomenon is found throughout many frequency ranges. If a given frequency is not within the optimal range to send and receive signals, resulting transmissions will be weak and often unusable. A common example of this is the now defunct analog TV antenna. When a transmission was at a frequency outside of the optimum range of the TV’s antenna, the picture and audio qualities were intermittent and weak. By changing the antenna’s frequency range to accommodate a wider bandwidth, the cutoff frequency’s range is minimized and the reception improved. When the cutoff frequency threshold is surpassed on other devices, they just cease to work. Even if the device receives enough energy, it will not be enough to operate and active the device.

Many persons have encountered a number of issues due to the lack of defined transmission standards in the developed world. As a result, many nations adopted the same frequency ranges for communications broadcast in an effort to give a degree of uniformity to radio, TV, and other broadcast signals. As a result, these frequency bands can be tailored to have their respective cutoff frequencies reside above and below the band. 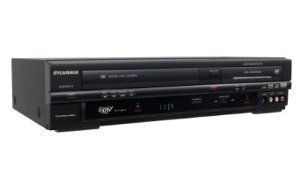 ATSC (Advanced Television Systems Committee) is a group which defines the standards for digital television ...