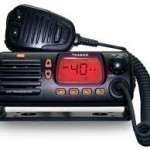 UHF is an acronym for a band of radio frequencies often used to broadcast television signals. Mobile phones and satellite radio also use UHF signals. The letters ‘UHF’ stand for: Ultra High Frequency.

Any radio frequency between 300 MegaHertz (MHz) and 3,000 MHz (or 3 GigaHertz) is considered to be in the UHF signal range. This range is less commonly known as the decimeter range.

Microwave ovens cause interference around 2450 MHz in the UHF band.