Macrovision is a company that sells copy protection products.

The company's first product was a copy protection system for VHS tapes, which was also known as Macrovision. For a detailed look at that system, read Antti Paarlahti's Macrovision FAQ.

The Macrovision copy protection system was later extended to DVDs. Macrovision is designed to prevent DVDs from being copied to tape.

Macrovision works by making modifications to the video signal, including:

Macrovision's Colorstripe mode can be defeated simply by using Component Output, which does not support burst.

Macrovision's AGC mode can be defeated with a number of off-the-shelf devices that regenerate a proper video blanking signal.

In addition, some DVD players do not enable Macrovision and others can be modified to turn off Macrovision. 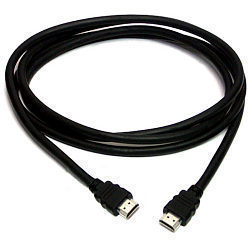 How to Choose an HDMI Cable

Choosing an HDMI cable can be a complex task. There are several factors that must ...