Radio was not invented by any single person, but instead was a culmination of several scientists’ research, each of whom pioneered a different area of electromagnetic radiation and radio waves during the late 1800s and early 1900s. Among these men are well known researchers such as Heinrich Rudolf Hertz, James Clerk Maxwell, David E. Hughes, Thomas Edison, and Nikola Tesla.

The Role of James Clerk Maxwell

In order to fully understand the invention of radio, we must go back to an earlier point in time when electromagnetism was first discovered. This takes us to James Clerk Maxwell and his research during the 1860s. During this time, he was proposing many theories for theoretical physics, including various aspects of gases and quantum mechanics. However, as important as all of his theories are in these other areas – he also predicted something that would become the foundation for all research in radio that was to come. He theorized that electromagnetic waves could be manipulated into a medium of transmission of sound.

Nearly ten years later, another major milestone was made. While not directly related to radio, Mahon Loomis was able to transmit the world’s first wireless telegraph – proving that Maxwell’s theory of using electromagnetic waves as a method of transmission of information was indeed possible. It would not be long before the wireless telegraph would be replaced by actual voice communication via a radio.

The Role of Hertz and Edison 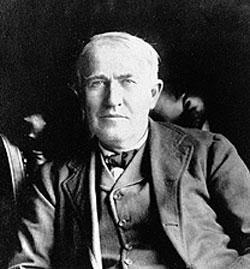 With so much pioneering going on in America and Europe by lesser known (at the time) scientists, it was only a matter of time before some of the bigger names in the industry would begin to become involved in the radio revolution. Among them were Thomas Edison and Heinrich Hertz, two of the most important inventors of the time. In the late 1880s, Edison began to work on using a vibrating magnet as the transmitter and receiver for Hughes’ induction transmission technique. Edison’s work came to fruition a few years later when he was able to install a wireless signaling system for a local railroad. 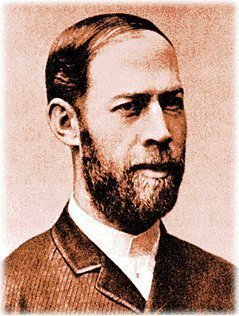 The Role of Tesla

The 1890s turned out to be a big decade for the invention of radio as more and more inventors and scientists began to join in. In the early 1890s, Nikola Tesla, renowned opponent to Edison, was granted several patents for major advancements in radio technology, including generators to produce radio signals and radio frequency (RF) power supplies.

As the 1890s marched on, Alexander Popov created the first radio signal detector and receiver in Russia, basing all of his ideas on the previous work of others in the radio field. While the receiver was extremely crude and basic, it did its job and paved the way for many future radios.

In 1901, Tesla decided it was time to transmit radio across the Atlantic Ocean, so he planned to build what would be known as Wardenclyffe Tower. Despite the possibilities for such an invention, Tesla received little financial support – and the project was shut down.

The Role of Abrose and De Forest

Around the same time, John Ambrose Fleming and Lee De Forest made major advancements in the creation of vacuum tubes and diodes, essentially paving the way for the first home based radio receivers that could actually be affordable and useful for everyday people. In time, the adoption of radios gradually increased before, during and after World War I. Finally, in 1922, the BBC went out over the radio waves for the first time, thereby solidifying the radio as an important means for the transmission of information.