After going through a bunch of OS X Mountain Lion reviews I have to say I can’t wait to get it onto my Mac. For the most part the devil’s in the details; all the little things that accrue to form what I expect to be a better user experience.

Besides all of the little things, however, there is something that increasingly defines what OS X is about: the iCloud. As Tim Cook said, Apple doubled down on iCloud with Mountain Lion, and it shows. Using Mountain Lion it will be hard to avoid it. TextEdit’s save dialog, for instance, offers iCloud document storage by default, a practice to be followed by other Apple applications and encouraged for third party apps as well. Then there are the Reminders, Notes, and Game Center, and a significant portion of their value is the fact that they seamlessly sync with their equivalents on the iPhone and the iPad.

When we look at the trend of iCloud integration with OSX and iOS we could almost, similarly to what John Siracusa remarked, consider OSX and iOS as just clients to the iCloud. It’s beginning to feel like it is all just one big iCloud OS for the entire Apple world.

But that’s just the thing that’s bothering me a little. It is the Apple world; it’s an exclusive club. I have a MacBook Pro, and that’s the only Apple device I own. I own an Android smartphone and a Windows PC. In this configuration much of the benefit of the iCloud fades away from me. The Notes app becomes just another notes app, since it’s super-seamless syncing with its iOS equivalent means nothing to me. Why can’t it sync to a compatible Android equivalent? Well, of course, I might as well ask why won’t pigs fly wearing icy necklaces in hell!

It’s slightly entertaining to read John Siracusa espouse the greatness of the iCloud and how it makes life easier for its users, and seem so oblivious to the possibility that some Apple users might only own a Mac. It is as if he just assumes that everyone reading owns at least a Mac and an iPhone. This is all the more interesting when you consider the fact that his audience are supposed to be nerds; people who are far more likely to own Android phones at the same time as a Mac. People, you know, a little bit like me.

But this is all just an introduction. Apple represents the best example of this “ecosystem-ism”, a trend that seems especially enabled by cloud computing. Everything is absolutely awesome so long as you don’t step out of the ecosystem, and when you look at their marketing they act as if nothing else in the world exists but their ecosystem. Their ecosystem is their entire reality. Of course you’ll have an iPhone! Why, you might even have an iPad! Isn’t it all just so obvious? It’s iCloud magic baby! You have to be all-in!

But I’m not. I have a Mac, and an Android phone. I’m not all in, and that makes me feel like a black sheep in this vision of theirs. It makes me feel as if I should either just exit the entire Apple world, or go all in, drop my Android and buy an iPhone, and then an iPad, and then an Apple TV (hey, AirPlay mirroring!), and so on.

Apple may be the best example of this game at play, but they’re far from the only ones. The other two big players, Google and Microsoft, are guilty of it as well. Google has its own little island. Actually, it’s not little, and it’s not an island. It’s more like an omnipresent matrix of nodes that are becoming ever more tightly knotted with each other as they squeeze the entire planet out of its advertising dollars.

But seriously, if you look at the video of a simple little Google service like Google Tasks you will keep hearing and seeing about Google this and Google that. It integrates with Gmail, and Google Calendar, and Google Docs. It’s so great! Unless, perhaps, you kinda want to use your own calendar application, and just perhaps prefer Yahoo Mail or something. Will Tasks integrate with those? Probably not. Yet again we are pressed into a situation where everything is just so awesome, smooth and easy so long as you stick with their predefined paradigm. No mixing and matching for you.

What about Microsoft? Well, it is easy to imagine a similarly tight integration between Windows 8 and Windows Phone, as well as the whole existing Windows Live and Xbox Live ecosystem. As Microsoft gets better at presenting this as a single coherent whole, much like Apple does (and that’s where I think they want to be heading), we’ll have a similar situation as with Apple and Google.

If you, however, choose to mix and match between them then you have to concede to a possibly suboptimal, perhaps messier, user experience. And then you have to fight off the constant barrage of marketing speak that keeps trying to bring you in line with the ecosystem of the platform you are primarily using. It gives me the feeling as if I am somehow underutilizing OS X by not taking full advantage of the iCloud because I haven’t fully bought into the Apple’s ecosystem.

Now, it’s really not so bad, and I’m not trying to paint this as some kind of a disaster. There are plenty of third party solutions out there which work pretty smoothly by themselves, and independently of the major ecosystems. For instance we have Simplenote, a cloud based note taking service which is compatible with a whole bunch of different note taking apps across all platforms.

I am using Notational Velocity on my Mac, and Notational Acceleration on my Android. Both hook up to the Simplenote cloud for instant iCloud-like syncing of all notes I make on either the Mac or the Android. This makes me independent of all the big ecosystems for my note taking. It makes me feel like I have my own little ecosystem.

Of course, the experience still isn’t as slick as the one with Apple Notes, at least with the Android app (and others are actually worse), so I guess I can count that as a penalty for daring to stray into the dirty world of third parties.

In such a scenario we have open clouds which developers can hook into for all the data piping necessary, and users can register and login with to store their data on, using any compatible application.

Let’s call one such cloud OpenCloud. You would have an OpenCloud ID (much like the Apple ID), and could choose between multitude of OpenCloud compatible photo apps (for example) on any platform. You choose one on your Android phone, one on Windows PC, and one on the iPad. Input your OpenCloud login into all of them and your photos between all of these apps on all of these devices get synced much in the same manner as iCloud does between iPhoto on iPad and Mac.

So yes, you take a picture on your Android phone and voila it appears on your Windows PC, and your iPad immediately, thanks to the magic of the OpenCloud. Similarly, if you add a picture to the app on your iPad, it automatically appears on Windows and Android equivalents.

If you change the application on any of these devices to another OpenCloud compatible device it could either migrate the data from the old app or just interface with the data stored on the OpenCloud, taking over where the previous app left off.

The big difference between this and the iCloud (or Google and Microsoft’s ecosystems), of course, is that it all just works across all platforms instead of just within the confines of a single ecosystem. You can mix and match applications, devices, and operating systems at your hearts content, essentially creating your own ecosystem.

We could go even further and imagine multiple different open clouds all following a certain set of standards that allows them to sync between each other. They would compete in their performance, storage pricing etc. If you decide to use a different universal open cloud service there would be an easy way to migrate your data, and happily continue on with the new cloud.

Such a cloud might be a kind of blend between what already exists. Simperium and Dropbox come to mind whereas Simperium offers a developer-facing piece of the puzzle (data piping magic), and Dropbox offers a user friendly storage box and data syncing. As John Siracusa explained in his OSX Mountain Lion mega-review, iCloud itself actually consists of three separate parts handling various aspects necessary for the whole thing to work the way it does.

Sometimes it seems as if everything in the tech world is getting closed up into walled gardens, but I tend to think things are a little less simplistic. Just as it seems things are getting too closed and consolidated this creates impetus for the creation of alternative paradigms that would bring back the balance.

While it may seem as if we are being pushed between huge walled gardens, there is little reason why alternatives outside of those walls cannot be created, which provide the same smooth user experience. The components and beginnings of it are already out there, like Simperium and Dropbox. It doesn’t seem like this dream is so far fetched. 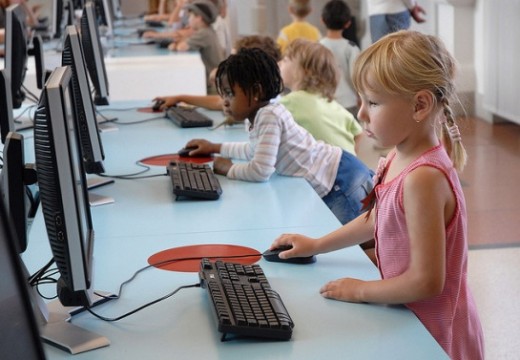 The internet is an incredibly vibrant place always buzzing with incomprehensible amounts of activity. Its ...

Photo by Richard Eriksson It’s actually pretty strange how can anyone in this day and ...