How to Adjust Laptop Fan Speed

It is important to find a balance regarding long term fan speed. Constantly adjusting fan speed settings can cause computer problems. Below are instructions that one can follow to adjust the fan speed on one’s laptop. Please read the warnings before proceeding because there are risks that go along with adjusting fan speed.

It is not advised that one changes the fan speed if noise is the only reason that one wants to decrease fan speed. The laptop is generally cooling the system down when it is making noise and it is very important for the laptop to be cooled down effectively.

The settings on a laptop might have different levels, so it is important to consult the manufacturer’s user manual and read about the settings for the particular laptop model. Be very careful when using any downloaded software.

Never ignore a valid thermal sensor. One must take the sensor into consideration even if it appears to be stuck at the same temperature. Always stay on the safe side. If the battery pack always seems to need the fan to run faster, the the safest choice is to make the fan run faster.

The Quick and Simple Way to Adjust Fan Speed

There are couple of ways to adjust a laptop’s fan speed. First one is via specialized software.

Install the free software FanSpeed. This software will let you control over every fan in your system. It can also read temperatures from the integrated sensors. However you should note that FanSpeed does not support every Operating System and does not support certain models of computers. If you are on Linux you should check these packages and their man pages: lm-sensors  and fancontrol. On a Mac computer you should check what smcFanControl can do.

The Longer and More in Depth Way to Adjust Fan Speed

This fan speed adjustment method is more in depth and detailed. It is generally safer because one will be taking many more steps to ensure the protection of one’s computer. Locate the laptop’s user or owner’s manual before starting this process. To adjust the laptop’s fan speed, follow these steps:

If one is unable to adjust or control the laptop’s fan speed, one has the option of keeping the laptop cool by placing a portable laptop cooler under it. This should cool down the temperature of the laptop’s central processing unit.

Almost every fan on modern computers works automatically. If a computer gets hotter, fan speed is increased, if the temperature drops, fan speed is decreased. However some computers do not have properly sized fans or cooling capabilities. In that case you might end up with the machine which produces lots of noise. In order to lower the fan speed on those machines, you need to decrease production of heat, and best way to do it is to lower the CPU clock in BIOS. After that your computer or a laptop will have reduced performance but it will heat significantly lower and fan speed will be lower consequently.

You should also not that noisy fans in a computer can be a signal that dust filled interior of your computer case, so the fans can’t properly cool things. In that case you or a computer professional should open the computer and clean interior of any dust particles by using a soft brush and a vacuum cleaner. 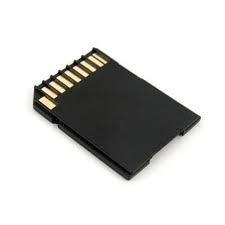 Flops are a special acronym that describes a unit of measurement known as "FLoating point ...