A breadboard is a thin rectangular piece of insulating material used to hold electronic components when making circuit prototypes. They have many rows and columns of conductive points for inserting component terminals and jumper wires. The original breadboards were just wooden boards, presumably used to cut bread on, but the modern versions have plastic cases containing many spring-metal strips. Breadboards come in many sizes, from less than one hundred connection points to several thousand points. Some breadboards even come with larger components already connected, like displays and speakers. Breadboards are still used today by schools and hobbyists, but most commercial designs are made with computer simulators. 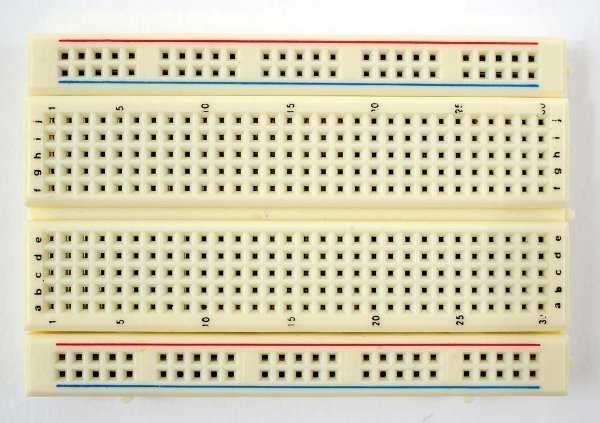 The terminals of each component are pushed through holes in the breadboard case, into the conducting strips below, with each terminal in a different strip so as not to create a short-circuit. Connections with other components are made by placing their terminals, or a jumper wire connected to them, into the same strip. There are also longer strips placed along the edges that are used as power supply busbars.

Breadboards have solderless connections that allow components to be changed quickly, and the components are not damaged by heat from being continuously soldered. Breadboards are especially useful for integrated circuits which have many terminals. Breadboards are useful for teaching electronics where the use of hot soldering irons could be hazardous.

Breadboards are only suitable for prototyping circuits with a few components. As more components and jumper wires are added, it becomes more difficult to follow where they lead as they cross over each other. Using colored jumper wires helps to avoid this problem but the number of colors is limited. 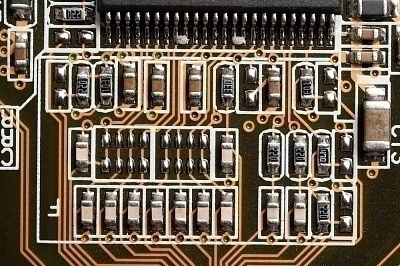 In the modern world of data and information, computer systems need circuits that are able ... 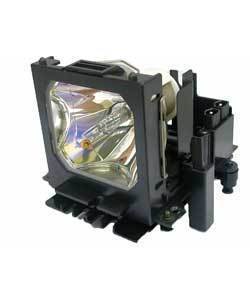 A projector lamp is used to transfer an image from a multimedia projector onto a ...